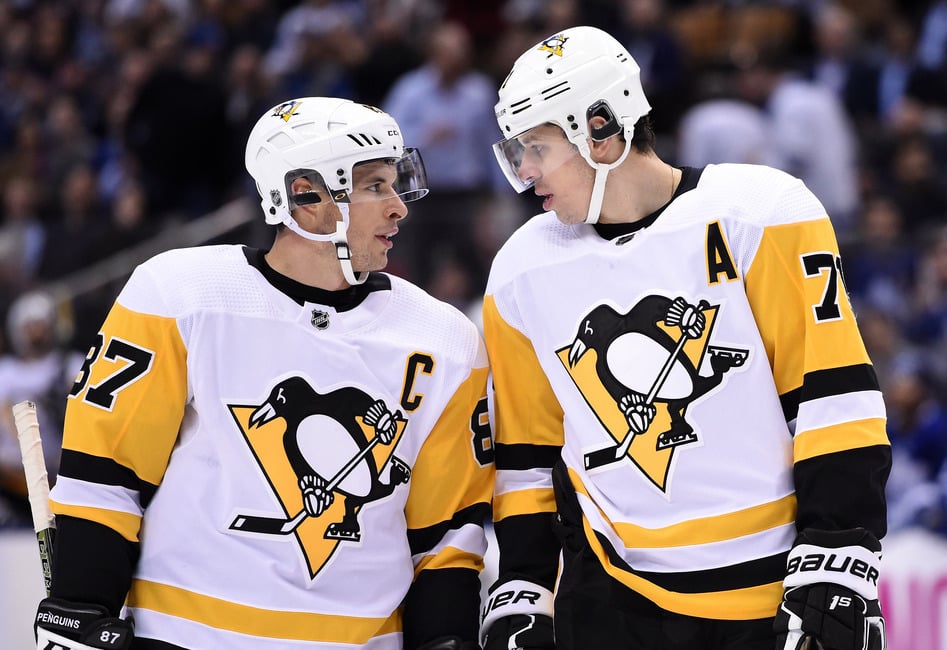 “I want to show to everyone I’m not done,” Malkin said. “(I want to show) everything — power skating, stickhandling, scoring, play in the D zone, faceoffs. I just want to come back at my top level for sure.”

Something the dynamic Russian wasn’t at a year ago. His 21 goals marked a career-low in a season in which he played at least 50 games. His 51 assists looked great on paper, but his inattentive defensive play at times made him something he’s never been during his long partnership with star Sidney Crosby: a liability.

Malkin certainly looked a step slow during Pittsburgh’s first-round sweep at the hands of the New York Islanders. He was hardly the only one. The Penguins were outclassed, outskated and outworked over the course of four games, leaving Penguins general manager Jim Rutherford hinting at the necessity of a culture change heading into the franchise’s longest off-season since 2006, the year before Malkin arrived.

Pittsburgh hopes the additions help them recapture the identity the club forged while winning consecutive Stanley Cups in 2016 and 2017, when the Penguins wore opponents down with their speed and heady play. It would certainly help matters if veterans like Malkin follow suit. The 33-year-old shed some weight in the off-season and understands he’s much closer to the end of his career than the beginning. That realization has brought Malkin a welcome sense of urgency.

“We have a great team,” Malkin said. “We have a couple, maybe two, three, four chances to win again. Maybe not many (more) years that I’ll play in the NHL. I understand that. I want to just have fun and enjoy it every day.”

Sullivan and Rutherford both chastised their more established players — without naming names — in April for losing some of the edge that carried them to championships. Rather than blowing it up, they opted instead for to hold on to Malkin and defenceman Kris Letang, whose high-risk, high-reward style cost Pittsburgh in the playoffs. Both players are in their 30s. Both are among the best at their position when they’re at their best. The key is finding a way to make that happen more consistently over the 82-game grind.

“I think this team is capable of doing some real good things,” Sullivan said. “But we have to earn it every day. It’s not inevitable. There’s a nice feeling around the team. I think everyone is excited about the opportunity and possibilities that we have.”

If not, the cosmetic changes the roster underwent in the off-season could be significantly more substantial next summer.

The Penguins will continue to go as Crosby and Malkin go. While Malkin struggled last season, Crosby put together his sixth 100-point season while also burnishing his reputation as one of the top defensive forwards in the league. Jake Guentzel put up an eye-popping 40 goals while playing alongside Crosby, a total that could rise with Guentzel expected to be a significant part of the top power play.

Jared McCann provided some juice after arriving in a trade with Florida in February (11 goals, 7 assists in 32 games) and provides both depth and discipline at both ends. Goaltender Matt Murray appeared in just 50 games last year due to various injuries, including a concussion. Though there’s quality depth behind him, if he can inch toward 60 starts that’s a positive development.

The expectations for a deep playoff run remain in place, though the memories of Pittsburgh’s run of consecutive Stanley Cups in 2016 and 2017 are fading. Galchenyuk’s arrival helps make the Penguins a little younger and fresh legs are welcomed after a tired and uninspired post-season exit. Pittsburgh, however, will need Murray to stay healthy and avoid the malaise that befell them for large portions of last year.

Such are the expectations in Pittsburgh that a 100-point season — the franchise’s 10th in the last 12 full season — and a 13th consecutive playoff berth was considered a disappointment. Though Rutherford hinted at major changes, he only moved one significant piece of the club’s Cup-winning core. The post-season streak should reach 14 straight years, but in an increasingly competitive division, the Penguins will likely fall short of reaching the Eastern Conference finals.

Will Graves, The Associated Press