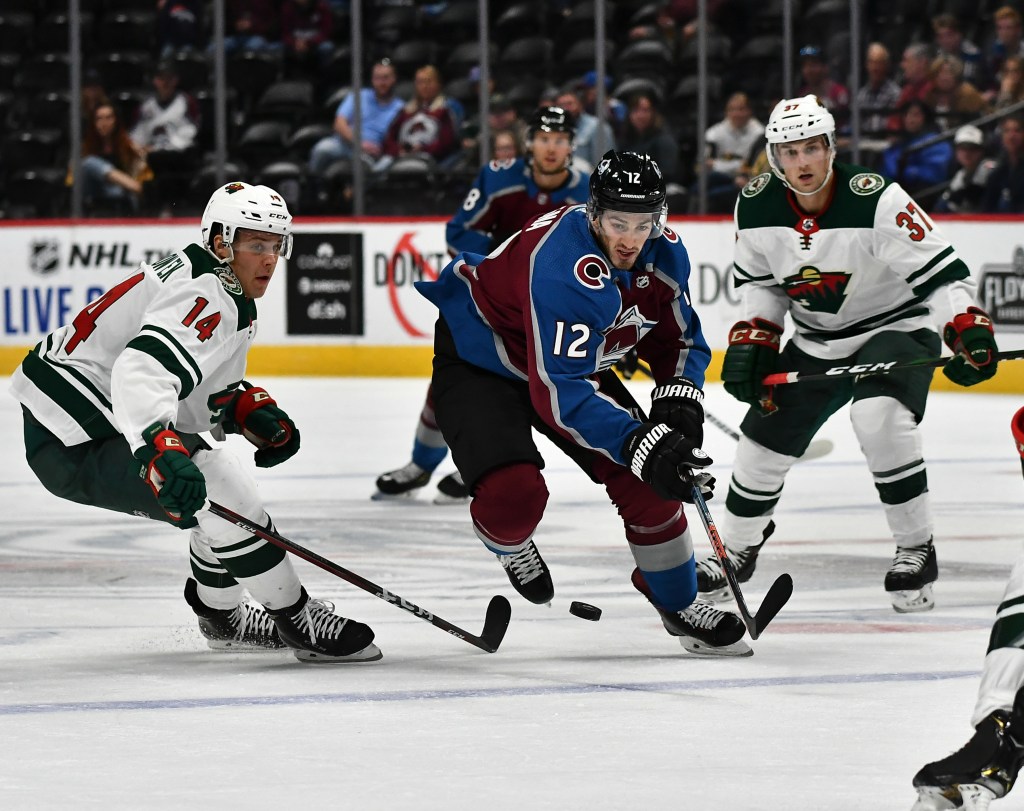 Another new right-winger has emerged for the Avalanche, and at this rate, the club will be entirely rebuilt on the right side of the ice in the Oct. 3 regular-season opener against the visiting Calgary Flames.

Journeyman Jayson Megna practiced on Colorado’s fourth line Tuesday and coach Jared Bednar said he’s definitely in the opening-night picture if All-Star Mikko Rantanen remains unsigned and Colin Wilson begins the season on injured reserve. Megna’s linemates are Pierre-Edouard Bellemare and Matt Calvert, who both have guaranteed contracts and locks to be in the opening-night lineup.

Megna, 29, began last season with the Washington Capitals but didn’t see any NHL action before being reassigned to the American Hockey League’s Hershey Bears, where he had 20 goals in 71 games. Megna joins fellow newcomers Joonas Donskoi, Valeri Nichushkin and Andre Burakovsky as Colorado’s top right-wingers at this time.

“He’s separating himself from the pack of guys we’re looking at,” Bednar said of Megna, who has scored a goal in each of his two preseason games with the Avs. “We’re evaluating a handful of other guys at this point, based on their play in training camp and through our exhibition games. But he’s stood out in every game he’s played.”

The Florida-born and Chicago-raised Megna is with his fifth NHL organization. As an undrafted free agent, he signed with the Pittsburgh Penguins in 2012 after his freshman NCAA season at Nebraska-Omaha. He played 48 games for the Penguins, plus six for the New York Rangers and 59 with the Vancouver Canucks.

Megna signed a two-way contract with Colorado as a free agent July 1. He’ll make $700,000 in the NHL and $350,000 if he slips to the Colorado Eagles of the American Hockey League.

“Always room for improvement but the games in the preseason have been good games for me to show the organization what my game is all about,” Megna said after practice Tuesday. “I feel like I’ve shown flashes of it. Obviously, scoring goals is nice but for me, it’s the little things — using my speed and being disruptive on the forecheck and backcheck. I felt like I’ve done a pretty good job of that. So I’m getting a good opportunity in practice to skate on a line with (Bellemare and Calvert). Not everyone is here but I just have to control what I can control.”

The other lines in Tuesday’s Group 1 practice were center Nathan MacKinnon with Gabe Landeskog and Donskoi, center Nazem Kadri with Tyson Jost and Burakovsky and wingers Matt Nieto and Nichushkin with center J.T. Compher.

Bednar said the Group 2 practice included most of the players who will be in Wednesday’s preseason-game lineup at the Vegas Golden Knights. Colorado concludes the preseason Saturday at Dallas.