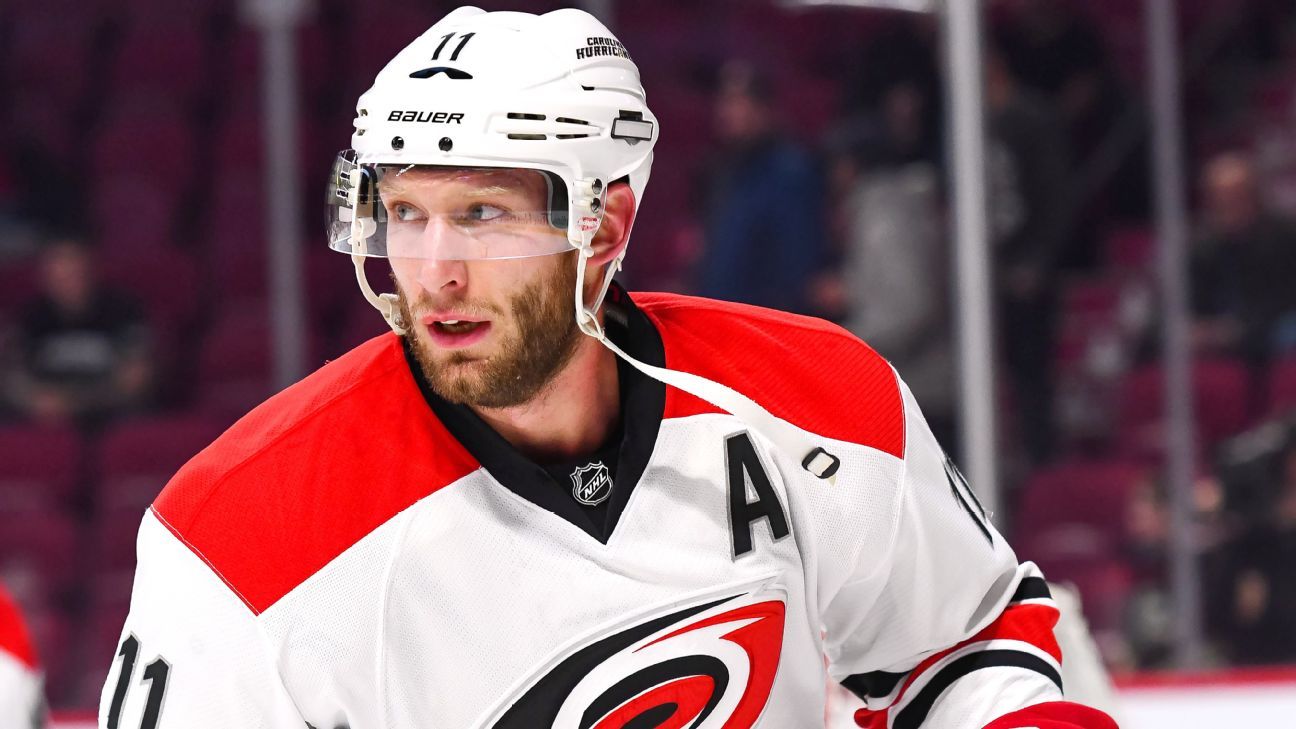 RALEIGH, N.C. — Jordan Staal has been picked as the captain of the Carolina Hurricanes.

The team announced Staal’s selection Sunday before its exhibition game against Washington, adding that forward Jordan Martinook and defenseman Jaccob Slavin will be the alternates.

Staal shared the captaincy with since-traded defenseman Justin Faulk two seasons ago, with each player holding the title for half of coach Bill Peters’ final season.

Justin Williams captained the Hurricanes to the Eastern Conference final last season, but his future is in question after he stepped away from the sport to start this season.

Staal is starting his eighth season with Carolina, making him the longest-tenured player on the team. Older brother Eric was the Hurricanes’ captain from 2010 until he was traded to the New York Rangers in 2016.