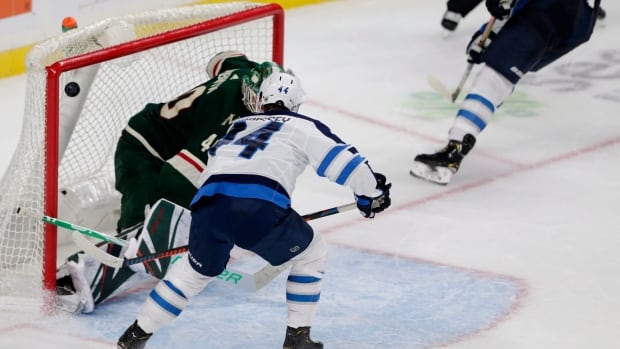 Josh Morrissey lifted the Winnipeg Jets to 5-4 overtime victory over the Minnesota Wild on Sunday.

Morrissey’s game-ending goal helped the Jets to victory in their final pre-season game, after the Wild leveled the score 4-4 with 1:30 remaining in the third.

The Jets, who were without recently re-signed restricted free agent forwards Patrik Laine and Kyle Connor, finished the pre-season 3-3-1.

Winnipeg opens the regular season against the New York Rangers on Thursday.