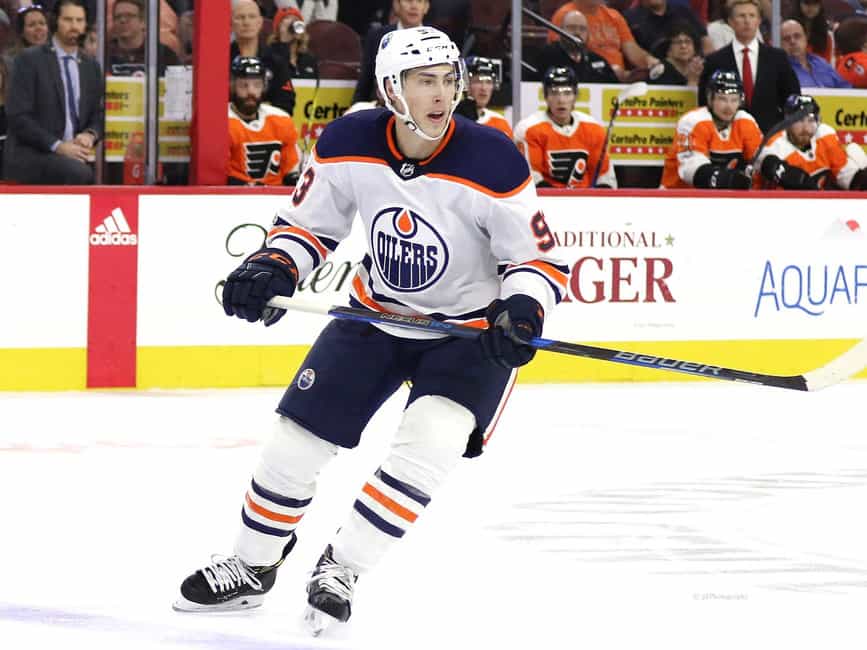 In today’s Rumor Rundown, we discuss a couple teams and some off-season plans that may be in the works. Are the Edmonton Oilers and Ottawa Senators discussing a major move? What about the New York Rangers who have told fans of their intention to rebuild but may not be completely acting like a rebuilding team?

Mark Spector of Sportsnet suggests Edmonton Oilers center Ryan Nugent-Hopkins could be on the block in Edmonton and the Ottawa Senators may have interest. Senators general manager Pierre Dorion has been seen at recent games for the Oilers and word is that the team is looking at Nugent-Hopkins who has been “showcased” on McDavid’s wing and having strong outings.

The speculation is that general manager Peter Chiarelli isn’t keen on three centers making over $27 million in combined salary and that Mike Hoffman makes more sense for the Oilers who would be saving close to million dollars with a winger to play on McDavid’s line. Rumors are that the Oilers would rather move Lucic for Hoffman but the Sens want no part of that deal and Lucic has a no-move clause.

Hoffman was linked during the NHL Trade Deadline to the Oilers but Ottawa did relatively little considering how much they were rumored to be making big moves. This could be an off-season or draft decision as Chiarelli tries to figure out what went wrong for the Oilers in 2017-18.

Spector notes that what could hard for fans to swallow in Edmonton is moving a player who was not the problem this season. Nugent-Hopkins is a versatile center who is younger and not much more expensive than Hoffman.  This would be another one-for-one trade the Oilers would lose unless Hoffman comes in and scores 30-35 goals next season. Fans in Edmonton are tired of losing one-for-one trades.

One thing to consider is that Dorion’s Senators play this Oilers next week and this could be a scouting trip for the game or another player.

Mark Schieg of our own Hockey Writers, posted that Avalanche assistant GM Chris MacFarland has scouted three consecutive Blue Jackets games and he’s suggesting that an interesting pattern has developed when teams scout games in an attempt to get an early jump on some offseason plans. “The obvious (reason) is taking notes on UFAs etc. But fact he’s there at least suggests he wants close up view of someone.”

Chris Nichols of Fanrag Sports Network noted TSN insider Bob McKenzie’s recent appearance on the NHL Network discussing possible off-season moves by the New York Rangers. The plan looks to be the Rangers and coach Alain Vigneault working together on a rebuild if Vigneault wants to be a part of that process.

McKenzie notes that Rangers goaltender Henrik Lundqvist is “all-in” and doesn’t want to go anywhere so it’s simply a matter of determining if Vigneault feels the same way and if he’s the guy that can take the Rangers in that direction with success. 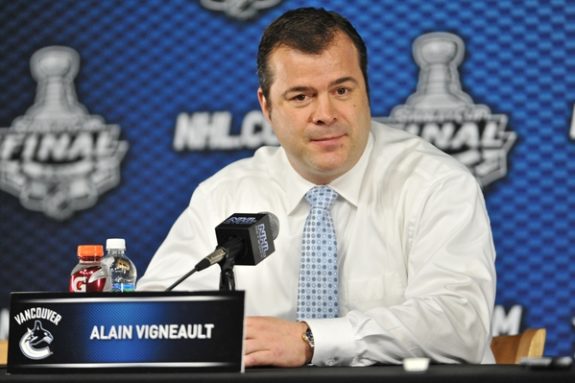 What’s interesting about the Rangers’ rebuild is the fact that they’re not completely acting like a rebuilding team. They have eyes on unrestricted free agents forwards like former NHL star Ilya Kovalchuk and former Rangers’ players Rick Nash and Michael Grabner.  The trick would be getting these players on shorter-term deals to align them with the plans to rebuild the roster.

Since the Rangers are also rumored to be looking at pursuing Ottawa Senators defenseman Erik Karlsson, this feels more like a partial rebuild with an emphasis on an extremely quick turn around with veterans to mentor any younger players the Rangers focus on.

How the Rangers plan to land a player like Karlsson without completely emptying their prospect closest is another topic that the team would need to address.

Related: Tavares to Rangers Makes too Much Sense

Barry Trotz Out in Washington?

Bob McKenzie also noted on TSN Insider Trading that there have been no contract talks between Washington Capitals’ head coach Barry Trotz and the team. If the Caps don’t make a push in the playoffs, Trotz could be another coach added to a very distinguished list of available bench bosses this offseason.

While the Oilers appear to be behind Todd McLellan, Edmonton may look at one of these coaches if they decide to make a move.