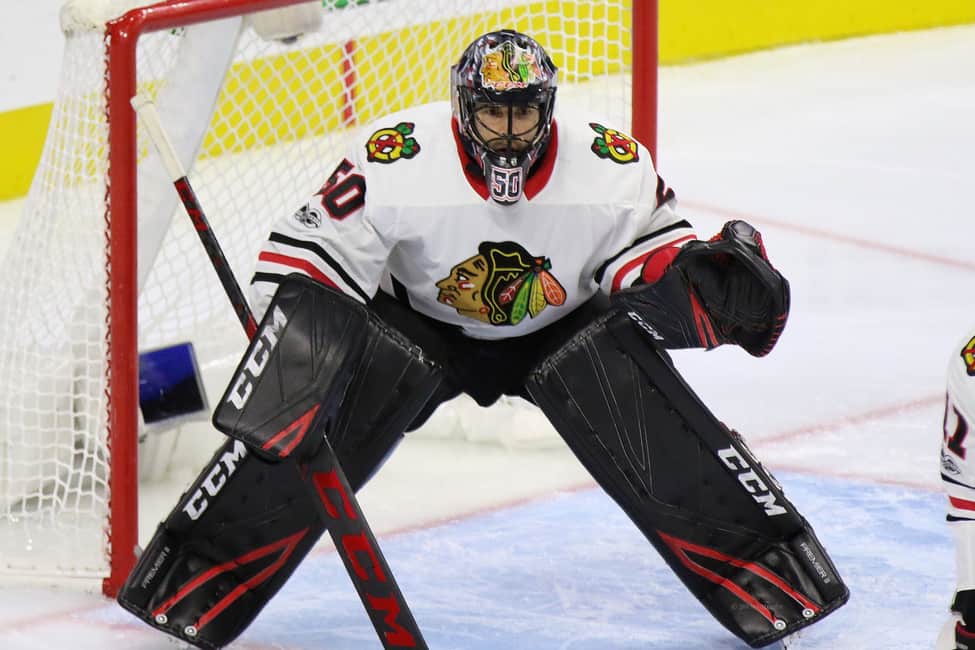 The Boston Bruins feature one of the most potent offenses in the NHL, led by the league’s top goal scorer David Pastrnak. He entered Tuesday night’s game against Carey Price and the Montreal Canadiens with 20 goals, but apparently, a two-goal lead on Connor McDavid in second place wasn’t wide enough for the Czech sniper.

The Bruins beat the Canadiens by a score of 8-1, with Pastrnak leading the charge, scoring a hat trick in the first 29 minutes of the game. It seems like nothing can stop him, including a matchup with the only active goaltender to win a Hart Trophy.

But this column isn’t about goal scorers, it’s about the men who are tasked with stopping them. Unfortunately, Price wasn’t stopping much in Montreal last night. He faced 11 shots in the first 21:10 of the game, allowing goals on five of them before head coach Claude Julien pulled him and replaced him with Keith Kinkaid.

There was only so much Price could have done though. The first goal was a power play tally by Jake DeBrusk from the slot, the second a power play one-timer by Pastrnak. Brad Marchand, Pastrnak, and Anders Bjork added goals before Price could possibly recover his form. The Canadiens defense repeatedly left him hanging out to dry.

The Canadiens have struggled to overcome injuries in recent weeks, but still sit in the third playoff spot in the Atlantic Division. They are in the middle of the pack analytically, allowing the 12th fewest expected goals against (xGA) in the league. Price has struggled somewhat this season compared to his usual standard, allowing minus-1.12 goals saved above average (GSAA) entering this start, though still boasting a 10-6-3 (now 10-7-3) record.

Kinkaid was not strong in relief, either, allowing three more goals on 13 shots. He’s been dreadful this season in a backup capacity, entering Tuesday with minus-3.28 GSAA, an .887 save percentage (SV%), and a 4.24 goals-against average (GAA) in four starts. This start will certainly lower both goalie’s numbers. On the bright side, if the Canadiens can find consistent play in net, they’ll be a formidable threat in the Eastern Conference.

Entering Tuesday’s action, the Dallas Stars were one of the hottest teams in the league, with a seven-game winning streak on the line. Corey Crawford of the Chicago Blackhawks stopped that locomotive dead in its tracks, blanking the visiting Stars on home ice despite a tremendous output of shots against.

Crawford faced 32 shots in the game, stopping all of them, including four on the Stars’ two power play opportunities. It’s incredibly impressive, considering the Blackhawks’ defense has been wretched this season. They lead the league in xGA with 50.7, including a second-worst 2.79 xGA/60. Even so, they are hot, and with this win, they were able to improve on an impressive 6-2-2 record in their last 10 games.

As for Crawford, his stock continues to rise with the Blackhawks. He is now 5-5-2, but his individual numbers are strong. Despite a 3.04 GAA (influenced heavily by the aforementioned xGA numbers), he still had a .914 SV% and a 3.21 GSAA entering Tuesday night. His SV% will improve to .920 with this performance, an impressive number for a goalie playing behind such a porous defense.

Goalie Gram: The Save Heard ‘Round the World

By now, you’ve doubtlessly seen footage of the probable save of the year, Marc-Andre Fleury’s lunging glove save against the Toronto Maple Leafs which may have contributed indirectly to the Toronto Maple Leafs’ firing Mike Babcock. But have you heard the play when described by the Spanish broadcasters of ESPN Deportes?

“Fleeeeuuuurrrrryyyyyyyy!” the announcers cry, before excitedly describing the play in their native tongue. This is exactly the kind of highlight hockey needs right now, and it reminds us that this truly is a game loved around the world.

For more updates on all the goalies around the world, visit the THW goalie page.