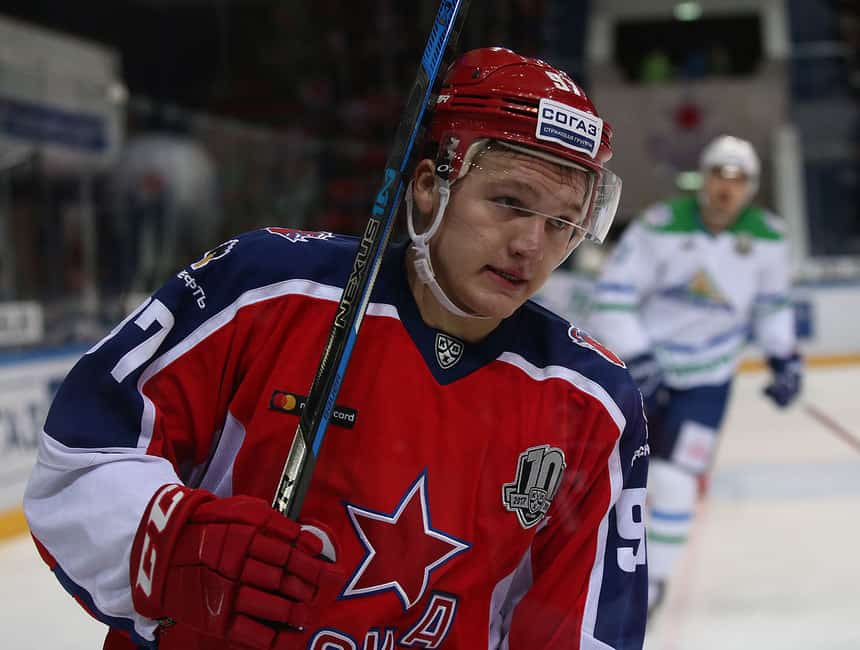 In today’s NHL rumor rundown, there is news on the Tampa Bay Lightning likely unwillingness to re-sign Cory Conacher and where he’ll wind up as a result. The Minnesota Wild are interested in signing the KHL’s third-leading scorer, but they can’t do so quite yet. Finally, the Chicago Blackhawks are working on a deal with prospect Ian Mitchell. What are the chances he burns a year of his entry-level deal?

It appears that the pending unrestricted free agent Cory Conacher is leaning towards extending his hockey career, just not in the NHL. Gregory Beaud and Jerome Reynard of Le Matin report that Conacher may sign with Lausanne of the Swiss NLA for next season.

The 30-year-old has been in and out of the Tampa Bay Lightning lineup for four seasons and the most action he’s seen was a 36-game stretch in 2017-18. He’s produced at the AHL level but with signs he’s unlikely to get a real shot at NHL duty and speculation the Lightning are not looking at giving him another deal, he’s turning away from the NHL and trying to find work elsewhere.

According to The Athletic’s Michael Russo, the Minnesota Wild are still the favorites to chase after KHL star Kirill Kaprizov and that with his season now cancelled and with no further commitments to the KHL, the Wild are looking to get that deal done sooner than later.

So, with Kaprizov having no further obligations in Russia, you can bet every cent in your bank account that Guerin is at least investigating through agent Dan Milstein whether the Wild can sign Kaprizov in advance of May 1.

As Guerin has told The Athletic multiple times, the objective is to have Kaprizov’s two-year contract start next season, not if the NHL resumes this season. The latter option has been taken away from the Wild regardless.

Due to KHL rules, the earliest Kirill could sign a NHL entry-level contract is Apr. 30, four days after his 23rd birthday. That would allow Minnesota to sign him to a two-year, entry-level deal by May 1.

Blackhawks and Mitchell Looking at Contract

Scott Powers of The Athletic examined the likelihood of a deal between the Chicago Blackhawks and prospect Ian Mitchell, who said, “Yes, all options are on the table.” Mitchell would love the chance to play in the 2019-20 season if it gets underway and burn the first year of his entry-level deal.

He’s eligible to sign a three-year entry-level deal and said:

“Right now we are waiting to see what happens with the NHL season. There is a freeze on contracts being signed for this season. If I were to sign a contract now, I wouldn’t be able to play this year if the season resumes. So right now it is just wait and see.”

The Blackhawks had wanted to sign Mitchell last year but it didn’t get done and he returned to Denver to try and compete for a National Championship. This time around, the two sides are likely to talk deal and Mitchell’s only negotiating leverage would be to return to school next year for his final season and then waiting until August 15th 2021 to become a free agent. It’s not likely he wants to do so.