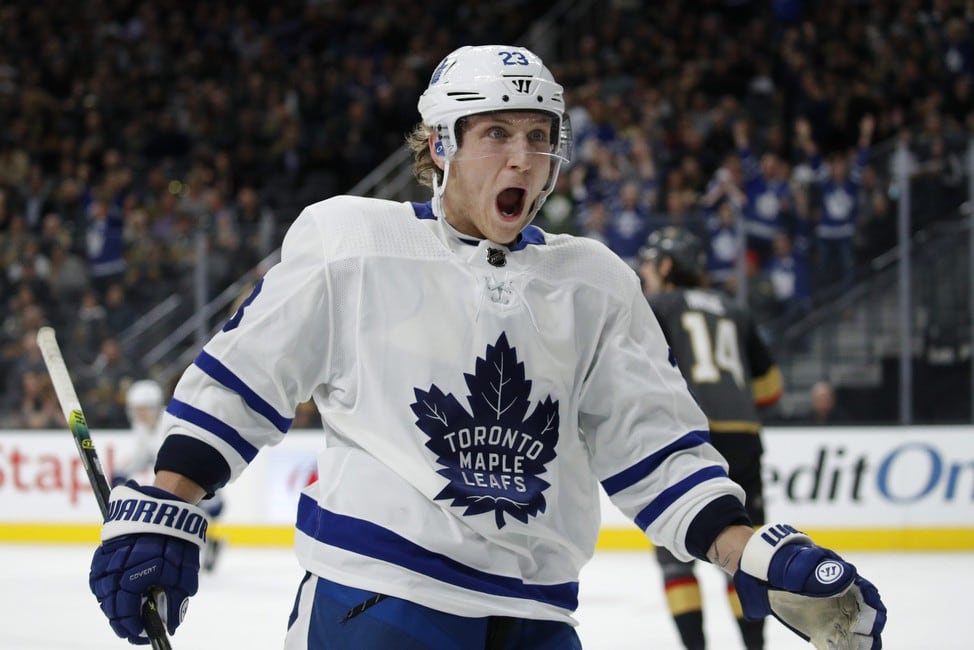 In today’s NHL rumor rundown, there is news on the Minnesota Wild being told that one of their newly signed prospects won’t be allowed to play. The Toronto Maple Leafs have questions about trades and free agents and in Boston, Tuukka Rask shoots down retirement rumors.

According to Michael Russo of The Athletic, the NHL has informed the Minnesota Wild that there is likely “zero chance” that Kirill Kaprizov will be permitted to make his NHL debut this summer if the 2019-20 season resumes.

Kaprizov hoped he would ultimately be allowed to sign his two-year deal with the Wild and subsequently burn the first year of his contract if the balance of the 2019-20 season is played with a semblance of the regular season and postseason. After all, if this was a normal situation, once Kaprizov’s KHL contract expired April 30, he would have been allowed to sign with the Wild and debut immediately if the team was still alive in the playoffs.

However, because of the pause on the NHL season, the league has instructed teams that all new contracts for draft picks or college, junior and European free agents had to begin in 2020-21. The Wild had hoped the NHL would change its mind, but they’ve been told that no such change will happen.

Wild GM Bill Guerin was asked if it concerns him at all that Kaprizov could possibly sign for one more year in the KHL if he’s not allowed to come over. Guerin said he knows it’s possible but Kaprizov wants to come play here. “It’s a viable concern, but I wouldn’t lose any sleep over it,” Guerin said.

James Mirtle of The Athletic took a look at free agent targets for the offseason that might do what Jason Spezza did for them this past season. He came in at a lower cost and produced results that exceeded his pay. Mirtle conducted this exercise under the assumption Andreas Johnsson and Kasperi Kapanen would be traded.

If the Maple Leafs want to go after a former star like they did Spezza, they should target Joe Thornton, Ilya Kovalchuk, or Corey Perry. Mirtle writes:

Dom Luszczyszyn pulled together this handy chart of game-score projections for the next three seasons for all of the players listed above. Of the more realistic targets for the Leafs, he’s highest on Ennis, Leivo, Maroon, Wilson and Fast.

Sportsnet’s Luke Fox was asked if the Toronto Maple Leafs’ recent signing of defenseman Mikko Lehtonen signals the end of Travis Dermott’s time as a Maple Leafs player. Fox notes that GM Kyle Dubas will need to make moves this offseason and figure out where Lehtonen fits, but also feels the smart move would be to re-sign Dermott to a bridge deal.

Dermott is coming off of his entry-level deal and doesn’t have arbitration rights. He’s affordable and if Lehtonen struggles, the Maple Leafs will be glad they can call upon Dermott in a pinch.

Tuukka Rask spoke to several members of the Boston media during a Zoom call on Monday and pretty much squashed any ideas that he might retire at the end of his current deal.

When asked about if he’d given retirement any thought, he replied, “Not really. I haven’t thought about retirement at all,” Rask said as per Boston Hockey Now. He added, “So far, I still have that passion to keep playing. Maybe it’s 36, 37 — maybe I’ll be the goalie that plays until he’s 45, maybe not.”

Nordiques Jerseys to Make a Return?