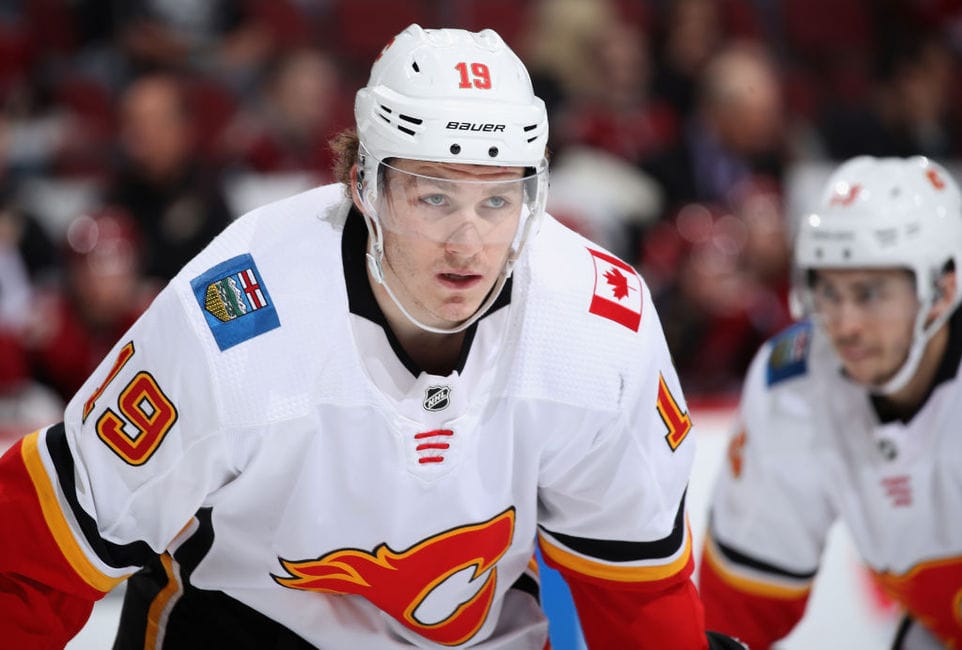 What does it take to be a good agitator in today’s NHL? Obviously, you must have the ability to get under the opponent’s skin, but you don’t want to be consistently putting your team at a disadvantage by taking silly penalties. You have to be able to annoy your opponent on the scoresheet as well and you certainly can’t be a waste of a roster spot. There are some players who have mastered the art of toeing the line of illegal and legal to find a way to get their opponents off of their games. Here are the five best at it in the entire NHL.

For better or worse, Nazem Kadri has become one of the biggest pests in the NHL. He isn’t afraid to play a physical game, but that’s come with a cost. He’s faced five suspensions by the NHL since 2013 for behavioral issues, with his most recent one coming during the 2019 NHL playoffs against the Boston Bruins, where he was suspended for five games for a cross-check to Jake Debrusk.

When Kadri isn’t acting up, he’s a very effective two-way forward. And that’s why the Colorado Avalanche took a chance on him when they acquired him for Tyson Barrie and Alex Kerfoot. He’s averaged 55 points per 82 games over the last three seasons and eclipsed 30 goals in 2016-17 and 2017-18. His five-on-five scoring rates are that of a second liner, too, as he’s averaged 1.88 points per 60 minutes (P/60) since 2016-17.

Kadri will be a boost for an Avalanche team needing center depth behind Nathan Mackinnon. The price is having to deal with his lack of discipline. But there’s no doubt they’ll be a better team with him in the lineup. He can score and if he can play physically while being within the rules, the Avalanche will be tough on most nights.

Andrew Shaw’s regular-season production has never been that of Kadri’s, but he did hit new heights in 2018-19. He finished with 19 goals and 47 points in 63 games, the best production of his career. He always finds himself in front of the goalie and quite bravely so. At 5-foot-11, 179 pounds, Shaw isn’t a very big guy, but he sits and takes a beating in front of the net to make things happen for his team. He’s not always doing legal things in the crease, but he certainly gets his point across. Another thing that hasn’t been confirmed is the biting of Victor Hedman in the Stanley Cup Final. If that happened, Shaw may have taken the “get under the opponent’s skin” expression a bit too literally.

Shaw’s underlying numbers are impressive as well and further adds to how frustrating an opponent he is. He takes a lot of hits but dishes them out at almost an equal rate. He draws more penalties than he takes at even strength, helping get his team to the power play. Once his team is on the man advantage, Shaw usually finds himself skating straight to the crease and impairing the vision of the goaltender. Like many agitators, he makes a living in front of the net and is a big reason why the Blackhawks re-acquired him this offseason.

Some might find Brendan Gallagher’s name on this list a bit surprising, but go ahead and YouTube some of his highlights real quick and you’ll know why he’s here. The Montreal Canadiens needed a pest to match their rival’s pest, who you’ll see further down this list. They have that in Gallagher. His added ability scoring-wise makes him better than Shaw as Gallagher has posted back-to-back 50-plus point seasons. He’s no stranger to the agitator part of the game, either.

Gallagher can get under your skin and it is truly impressive what he can do with how small he is. At just 5-foot-9, he isn’t afraid of fighting or mixing it up with players bigger than him. He once tripped Zdeno Chara in the playoffs right before a faceoff and if Chara dropped the gloves, I don’t think Gallagher would have backed down. He’s always around the goal crease hacking away at players and goaltenders and just being a general menace. Every team in the league should want Gallagher on their roster due to his ability to bother opponents with his actions and his scoring talent.

You might not think of someone who scored 77 points this past season as an agitator, but that’s Matthew Tkachuk’s game. He’s not afraid to get in the dirty areas and cause havoc around the net. He has 224 penalty minutes since coming into the league, ranked second on the Calgary Flames to Sam Bennett. Tkachuk has also faced a handful of suspensions, including one for elbowing Drew Doughty in 2017.

Like Kadri, Tkachuk is a standout two-way forward. He’s averaged 2.02 P/60 at five-on-five, ranked fourth on the Flames. He leads the team in Corsi for percentage since 2016-17 and has the fifth-best expected goals percentage. Tkachuk is also a solid defender as he’s one of the team’s best shot suppressors. He does a bit of everything, which is why he’s one of the best young players in the league. And he hasn’t reached his full potential yet.

You had to figure we would be seeing his name at some point during this discussion. How do I know that Brad Marchand is a good agitator? He seems to enjoy bothering opponents, and he doesn’t always do it legally. He’s faced six suspensions from the NHL for a total of 19 games and is not a popular guy around the league thanks to some of those actions. Generally, his actions are pretty harmless, like when he started licking NHL players for some unknown reason. Much like Gallagher, he is a smaller player, but he doesn’t shy away from dropping the gloves.

Marchand is another one of those pests who hurts you on the scoreboard as well. He finished with 85 points in each of 2016-17 and 2017-18 and set a career-high this past season, with 100 points in 79 games. He plays a ton of shorthanded minutes for the Bruins and is quite productive in doing so, too. And with his offense reaching new heights, it’s safe to say he’s capable of inflicting the most damage from the NHL’s agitators.