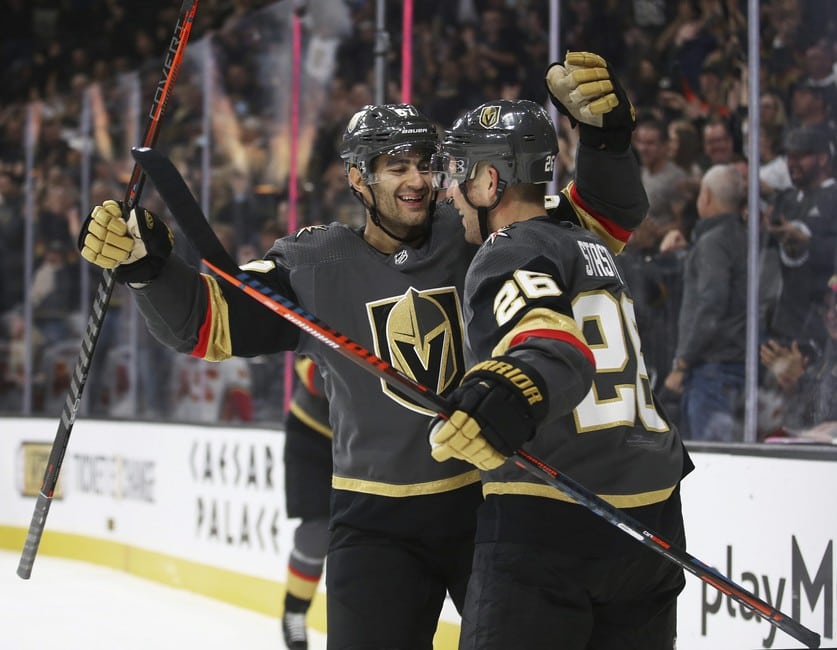 In today’s NHL rumor rundown, there is speculation that both the Edmonton Oilers and Calgary Flames have kicked tires on a top-end defenseman. In Montreal, it appears the Canadiens have begun extension talks with a forward on team-friendly contract, and in Vegas, the Golden Knights need to get down to business, including looking at their goaltending and second-line center position. Finally, might the NHL be thinking about restructuring divisions for next season?

Oilers and Flames Have Called About Oliver Ekman-Larsson

According to Sportsnet insider Elliotte Friedman, the Arizona Coyotes are fielding calls on a number of players and apparently, the team has seen interest come from the two Alberta teams when it pertains to defenseman Oliver Ekman-Larsson.

Friedman noted on SN960 that both the Edmonton Oilers and Calgary Flames have looked into Ekman-Larsson’s availability and the Oilers might be especially interested seeing as Ekman-Larsson has a history with head coach Dave Tippett.

What’s really interesting is that both the Flames and Oilers might have interest in goaltender Darcy Kuemper as well. The Flames have a ton of cap space and some openings on the blue line, while the Oilers have some picks and blueliners they could trade back the other way.

His current contract isn’t done until the end of 2021, but the Montreal Canadiens are talking with forward Brendan Gallagher about an extension, according to Arpon Basu of The Athletic. Basu writes, “Gallagher says his agent has had very preliminary discussions with the Canadiens about his next contract, but nothing too detailed.”

Gallagher is one of the most underpaid forwards in the NHL. Currently on a deal that pays him $3.75 million per season, he’s got 86 goals in his past 223 games which averages out to more than 30 goals per season. That doesn’t count in all the other facets he brings to the game, such as his leadership and a feisty nature. He truly is the heartbeat of the Canadiens roster.

He’s currently still nursing a broken jaw which he sustained during the series against the Philadelphia Flyers, but should back in time for the season.

Golden Knights Need to Get Down to Business Now

As Greg Wyshynski of ESPN.com points out, now that the Vegas Golden Knights are out of the playoffs, he believes the team must sort out their goaltending drama. Wyshynski cites a source that claimed Robin Lehner and the Golden Knights have a handshake agreement on a five-year contract extension and Wyshynski also believes they should reexamine the center position.

Specifically, he notes that Paul Stastny is no longer a reliable second-line center and the Golden Knights might look to make a change there. The team might try to move out Stastny’s $6.5-million cap hit.

Canada Only and Regional Divisions?

Elliotte Friedman on Writers Bloc and discussed the idea of a Canadian only Division in the NHL next season. Essentially, the Canadian teams would only play each other and while it’s not something anyone wants, apparently the NHL is talking about what that looks like.

Noting that the league might not have a choice but to try different solutions for next season, the American teams playing regionally would be on the table in that scenario as well.

Friedman wonders if the NHL would realign the U.S. teams by Northeast Division, Southeast, Northwest, Southwest, and a Midwest Division. He then adds that teams may travel and play back-to-backs in one city, travel to the next city, play a back-to-back, go home and host a back-to-back.

One of the things Friedman did say was that there’s some heavy debate about playing if the NHL goes back to a bubble situation. “I don’t think teams want to play next year until there is some sort of path towards attendance,” he said. He added, “I don’t think players want bubbles again, I don’t think they want any part of it.”