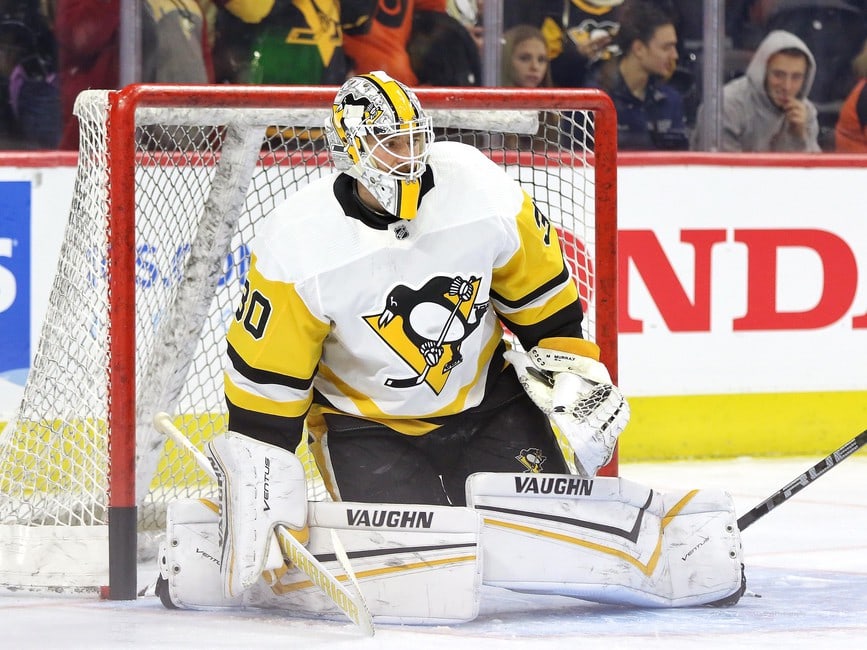 In this edition of Toronto Maple Leafs News & Rumors, I’ll take a look at how Mikko Lehtonen is doing as the KHL’s season is getting underway. I’ll speculate why I believe the Pittsburgh Penguins’ Stanley Cup-winning goalie Matt Murray will be on the move and I’ll also look at the chances the Maple Leafs will move the first-round draft choice it got from the Penguins in the Kasperi Kapanen trade before the end of the 2020 NHL Entry Draft that occurs in a couple of days.

Finally, I’ll entertain the idea that there might be aging players around who’d spend a season with the Maple Leafs in a push toward a Stanley Cup. Here I throw out the name Mikko Koivu.

Item One: “Prospect” Mikko Lehtonen Is Tearing It Up with Jokerit (KHL)

Last season, left-shot defenseman Mikko Lehtonen led all KHL defenders in scoring, as well as winning the KHL’s award for top defenseman. Then, much to the pleasure of Maple Leafs fans, he signed an entry-level $925,000 contract with the team.

Because the 2020-21 NHL season right now is iffy, in early August the Maple Leafs lent him back to his old Jokerit team under the provision that he’d return for the team’s training camp whenever that occurred. So, how’s he doing?

Given Lehtonen’s continuing show of skill and scoring, if and when the 2020-21 NHL season begins, Maple Leafs fans should expect that he will be a regular on the team’s roster when the season begins. He’ll likely replace free agent Tyson Barrie as the quarterback of the second power-play unit.

As the Leafs Nation’s Nick Richard reported a couple of days ago in his review of Maple Leafs prospects, a team never knows how an undrafted European player’s game might translate to the NHL. However, Lehtonen seems different. His development has been steady and his current level of play over the past two seasons suggests he’s more than ready to play in North America. In addition, although he shoots left, he has reported that he’s comfortable playing both sides of the ice. That has to help head coach Sheldon Keefe with his flexibility of defense.

The Hockey Buzz’s Mike Augello made a good point in a recent article. Now that the Pittsburgh Penguins have signed Vancouver-area-native Tristan Jarry to a $3.5 million contract for three years, it looks like their other goalie Matt Murray will be moved. Were Murray to go to arbitration, he’d likely make more than the $3.75 million he earned during his last contract.

Interestingly, under the category of who-would-have-known, the Penguins put themselves in a bit of a box. With Robin Lehner recently extended with the Vegas Golden Knights for five seasons at $5 million per season, that puts Marc-Andre Fleury back in the trade category. The Penguins let him go during the Golden Knights expansion draft.

Now that New York Rangers’ legacy goalie veteran Henrik Lundqvist has – if he chooses – hit the goalie market, the Penguins general manager Jim Rutherford is in a bit of a bind. Should he trade the rights to Murray, he’ll get a good return. However, because of the glut of good goalies, he won’t likely be able to extract the kind of compensation he’d have regularly drawn for the 26-year-old Murray.

Rumors are that the Maple Leafs are interested in Murray. As Augello reports, Maple Leafs general manager Kyle Dubas tried to get Murray during the July 2015 trade that sent Phil Kessel to the Penguins. The Maple Leafs had asked for Murray as part of the trade but instead accepted Kasperi Kapanen.

Two things have to happen if a Murray-to-Toronto trade occurs. First, the cost to get Murray from the Penguins cannot be too high. Second, Dubas has to be able to sign Murray for the same salary or less than Frederik Andersen is currently signed for, which is $5 million. Should those two things happen, the Maple Leafs might be able to move Andersen as an asset and find a fix for the team’s longer-term needs in goal – a goalie with term.

Just over a month ago, James Mirtle of The Athletic tweeted that Dubas would move his first-round draft pick if the right deal came along. What are the chances he’ll do that over the next few days? The timing is close, so it’s fish or cut bait on that decision.

Because the 2020 NHL Entry Draft is seen to be a deep draft, a first-round pick would seem like gold to most teams. Although the Maple Leafs could always use another cheaper contract – that is, a good prospect on an entry-level contract, the 15th pick would not likely suit up with the big team for perhaps three seasons.

The Maple Leafs needs are apparent and immediate. They need roster-ready players to help solve their blue line issues and, depending upon how the organization sees the contract box looming with Andersen, some change in goalies.

I’m betting the Maple Leafs either move their first-round pick for a goalie or help on defense before Oct. 6. Mirtle isn’t as certain. Hedging his bet a bit, he believed the Maple Leafs’ best trade asset was that 15th pick, but suggested it was a 50-50 chance the pick would be moved. He also noted that the 2021 first-round draft choice had about a 10% chance of being moved. (from “Maple Leafs Trade Tiers: Ranking the most valuable assets Kyle Dubas has to deal,” The Athletic, 30/09/20)

As anyone who reads my posts probably has guessed, I’m especially interested in how older players with strong NHL experience might help the Maple Leafs address both the team’s need for skill and for inexpensive contracts. It was apparent how valuable experienced leadership was during this season’s Stanley Cup Final. Players like Corey Perry (Dallas Stars) and Kevin Shattenkirk (Tampa Bay Lightning) were gold for their teams.

Related: How the Maple Leafs Could Build the Best Fourth Line in NHL History

Ergo, I’m constantly looking for players who have gas left in their tanks and who might be willing to spend a season utilizing their skill to help the Maple Leafs push over their Stanley Cup hurdle. One player that’s recently popped up on my list was former Minnesota Wild captain Mikko Koivu.

Although he had a knee injury last season, he returned to the team and played mostly fourth-line minutes. Perhaps he’ll retire, but if he doesn’t I’m wondering whether he might be someone on Dubas’ radar. I’m sure the analytics experts within the Maple Leafs organization are crunching numbers even now seeking possibilities.

Obviously, I’m only guessing, but I look forward to some action in the area of signing aging players to one-year contracts. I wouldn’t be surprised if some interesting names popped up next season on the Maple Leafs and other NHL teams’ rosters. I believe these players are a resource that will become more sought after as the flat salary cap continues to squeeze teams to seek creative solutions.

So far, there’s only been minimum usage. However, anyone who watched this season’s Stanley Cup Final would be silly not to at least envision such a possibility.