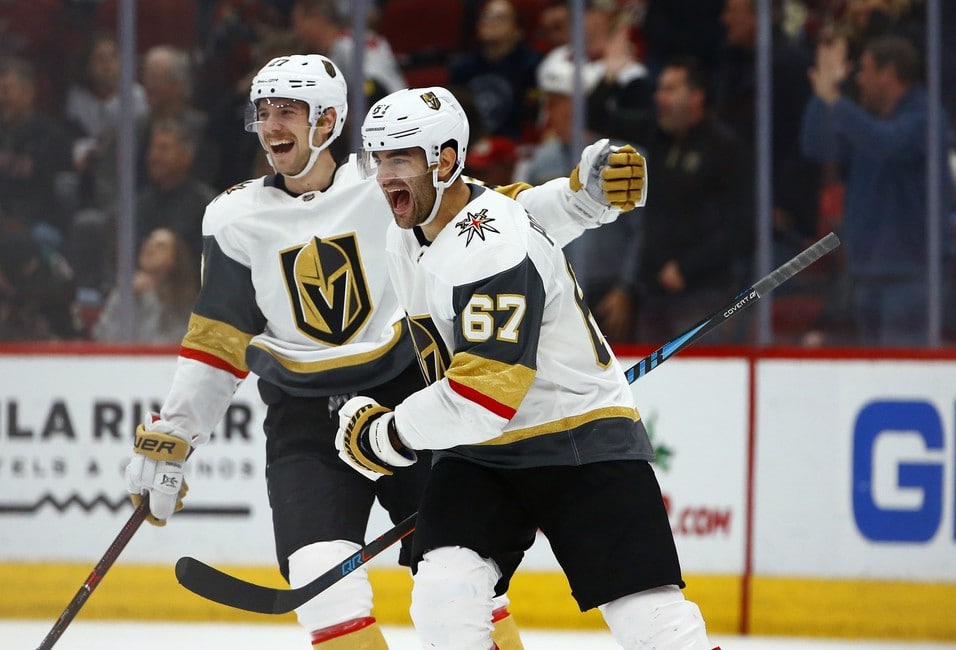 The Vegas Golden Knights are about to enter their fourth season in the NHL and the team has had great success in its short time in the league. They have been to the Western Conference Final twice and reached the Stanley Cup Final in their miracle first season.

After announcing their third jersey, the Golden Knights have teased the possibility of naming a captain for the 2020-21 season. Although a case can be made for numerous players on the roster, there are four that seem to be the leading candidates for the captaincy.

To start, Max Pacioretty has been a dominant player for Vegas since he was acquired. Last season, he looked as if he was more comfortable with his role and his linemates. He led the Golden Knights in points, goals, and power-play goals during the 2019-20 campaign. He is a dynamic offensive player and at 31 years old, he is one of the team’s veteran leaders.

Pacioretty has also been a captain before. While he was playing with the Montreal Canadiens, the American-born player was named captain. Leading the Canadiens is intense due to the passion of the fans, as well as the rich history linked to the captaincy there. He was able to handle the pressures of leading the historic franchise and would excel if he was given a second opportunity as captain in Las Vegas.

Mark Stone has made a name for himself since arriving in Las Vegas. Stone has been a premier player for the Golden Knights and was rewarded for his play with an eight-year contract extension worth an average of $9.5 million per season. He seems to have it all when it comes to skill, work ethic, and leadership. Since being acquired by Vegas by trade, Stone has fit in seamlessly on the top unit. During the 2019-20 season, he led the team in assists and was near the top of ice time and plus/minus for forwards.

Stone also has previous leadership experience. Although he is currently one of the assistant captains for the Golden Knights, he also had the same role in is time with the Ottawa Senators. He has seemed to carry over the same passion and determination to succeed in Vegas. He is slightly younger than his linemate and another likely contestant in Pacioretty, but this could be beneficial. The length of Stone’s contract keeps in a Golden Knights’ jersey until the 2026-27 season. As of right now, the only other player on the Vegas roster that is signed for that long is William Karlsson.

Shea Theodore might be the most longshot pick on this list, but his recent explosion in the playoffs could be the reason he wears the “C” next season. Theodore proved himself as the number one defenseman in Vegas. During the 2020 Playoffs, Theodore generated a lot of buzz around his name. He led the Golden Knights in scoring was arguably the best player on the ice. If Vegas had won the Cup, Theodore most likely would have been awarded the Conn Smythe.

Theodore has also been in a leadership role during his time with the Seattle Thunderbirds. During his last season with Seattle, he was named the captain. He understands the pressures that come with not only being an elite player but also with being the on-ice leader of a franchise. Although he might have a shot at being named captain for the Golden Knights, he is still young. At only 25 years old, he may be better suited to be the second captain in franchise history, not the first. However, players such as Gabriel Landeskog, Connor McDavid and Sidney Crosby were all named captain at a young age, so there is still hope Theodore could follow suit.

Karlsson is another young player that could take on the duties of captain next season. The young Swede is set to play in Vegas until the 2026-27 season. He quickly became a fan-favorite after his breakout first season as it seemed the fans could not get enough of “Wild Bill.” Since, his breakout season, Karlsson’s goal production has dropped, but his assist numbers have been steady and he was actually on pace to set a career-high before the season came to a pause.

Throughout his time in Vegas, he has been a leader through his play and work ethic. Being given the captaincy could be a way for the front office to repay him for the work he has done on the ice. Karlsson is an important part of the Golden Knights, so he should not be counted out when trying to decide who should lead the team.

Related: Ones That Got Away: The Winnipeg Jets’ Dave Babych

Whoever the Golden Knights decide to name captain, it will be a person who exemplifies their motto: “Never Retreat. Always Advance.” Vegas has a star-studded roster, so this could make the decision hard for the coaches and front office, but according to this list of possible players, there is no bad choice. For now, Vegas fans will have to play the waiting game to see who will be the first captain in Golden Knights history.