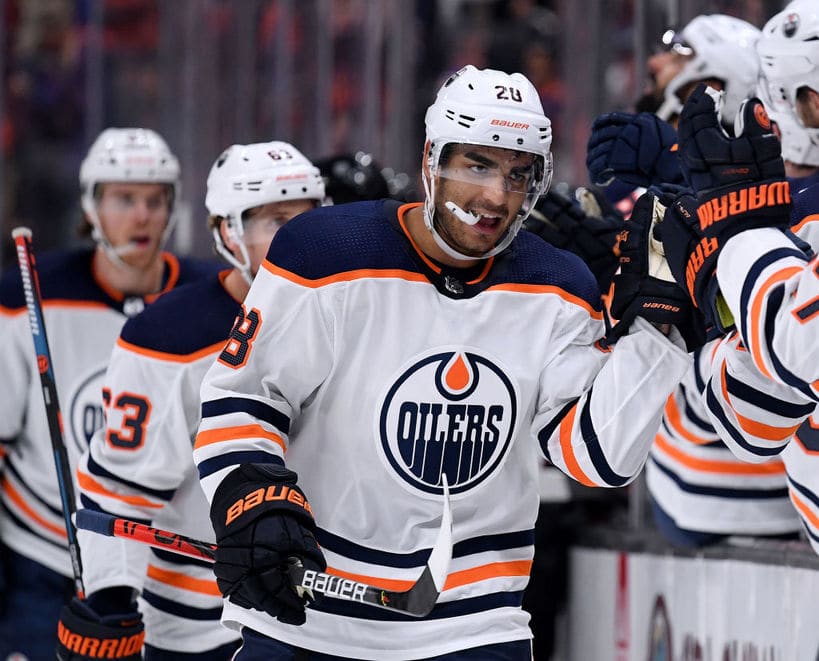 It’s official, the Vancouver Canucks have now lost all of their key free agents to different teams. Chris Tanev and Jacob Markstrom are with the Calgary Flames, Troy Stecher is with the Detroit Red Wings and now Tyler Toffoli is a member of the Montreal Canadiens. General manager Jim Benning has since traded for Nate Schmidt to help mitigate his losses on defence, so now he should be shifting his focus to his top-six.

I realize that Toffoli was only with the Canucks for 17 games, but he developed some real chemistry with Elias Pettersson and made the top-six a formidable force that could match up with any team in the league. Now they could be back to a rotating group of miscast wingers for the second line behind the lethal Lotto Line of Pettersson, J.T. Miller, and Brock Boeser.

That means Bo Horvat’s unit will, once again, be relegated to a checking line, unless the Canucks can acquire another legitimate top-six winger for him. However, the prospects are not good considering they let Toffoli walk for a very budget-friendly $4.25 million in average annual value (AAV). The money doesn’t seem to be there, so Benning may have to settle for some mid-tier free agents or hope that one of his prospects or young players step up and hit one out of the park.

So with all that said, let’s take a closer look at a few players that could replace Toffoli’s presence in the top-six.

Since returning to the NHL in 2017, all Evgenii Dadonov has done is put the puck in the net. He has scored 25 or more goals three times and even had a career-high 70 points during the 2018-19 season. This past season saw him score 25 goals and 47 points, along with 11 power play goals as well.

With Toffoli bolting to the Eastern Conference, maybe Dadonov can be convinced to come up to the West Coast and ride shotgun with Horvat or Pettersson? He probably will cost around $4-5 million, but if Benning can get him on a short-term deal, his presence will be well worth it in the top-six. He is shifty, has proven success on the power play, and is a proven goal scorer. What more could you want?

25-year-old Anthony Duclair broke out last season with the Ottawa Senators to the tune of 23 goals and 40 points. He is now an unrestricted free agent after they failed to extend a qualifying offer to him. What’s more, he is representing himself in negotiations instead of going through an agent. Regardless, he should still be a big fish for many teams looking for a top-six winger. He isn’t a proven goal scorer with only two 20-goal seasons under his belt, but he has loads of potential.

The Canucks may not be able to afford Duclair, seeing that he rejected a big raise with the Senators. However, he could be enticed to potentially play with Pettersson at a lesser salary. He is a natural goal scorer with a great shot that knows how to get to the scoring areas. Doesn’t that sound like the perfect winger to replace Toffoli?

The experiment did not work out with the Edmonton Oilers, and the speedy Andreas Athanasiou is now a free agent. He may not have had a good season in 2019-20, but he did score 30 goals in the NHL as recently as the 2018-19 campaign.

The Canucks play a very rush-based, speed game that could cater to Athanasiou’s style of play. On the Red Wings, he was one of their most lethal goal scorers, and before getting traded, he ranked 5th amongst all players in even-strength goals scored per 60 minutes of ice time since 2015-16. That’s pretty impressive seeing that he only trailed Auston Matthews, Alex DeBrincat, Alex Ovechkin, and Vladimir Tarasenko in that category.

Athanasiou is only 26-years-old and has already scored 30 goals in the NHL. He has speed for days, shoots the puck a lot and has a goal scorer’s touch. His defensive game may not be strong, but playing with two responsible players in Horvat and Tanner Pearson should remedy that weakness. The only issue I can see is that he becomes another Nikolay Goldobin that gets in Travis Green’s dog house when he doesn’t play defence. All in all, I think the positives far outweigh the negatives and he could be had for a budget-friendly contract as well.

At this point in the offseason, Jake Virtanen appears to be the choice to take over the top-six role vacated by Toffoli. He was qualified by Benning and judging by his most recent comments, Virtanen doesn’t look like he’s being traded anytime soon.

I definitely get where Benning’s coming from. Ever since Virtanen was drafted sixth overall in 2014, the Canucks have worked extremely hard to help him become a consistent player in the NHL. From sending him down to the American Hockey League for an entire season without call-ups; to giving him multiple chances to prove himself, they have put more work into him than any other young player on the team. I can see that it would be difficult to trade a player that you spent so much development time, dollars, and manpower on, just to see him succeed somewhere else.

After a season that saw Virtanen seemingly turn a corner in his development and score a career-high 18 goals and 36 points, he slowed down in the playoffs to the tune of only two goals and three points in 16 games. It was puzzling since he has shown the ability to step up in the past with the Calgary Hitmen of the Western Hockey League. In 2015, he scored five goals and 13 points in 14 games and was a force every time he ventured onto the ice.

If Virtanen is going to spend his prime years in a Canucks uniform, he has to start working harder to sustain the consistency that has eluded him so far in his career. He does seem to play better with skill players, so maybe he can succeed with more time on the top line with Pettersson and Miller? Whether he’s playing in the top-six or not, he has to put his nose to the grindstone and start emulating a player like Tyler Motte. If he had the same skillset as Virtanen, there’s no doubt in my mind that he would be a perennial 25 goal scorer. That’s how much a strong work ethic matters in the NHL.

Benning and the Canucks have been high on Nils Hoglander all offseason, and see him making the team in 2020-21. He is a skilled and shifty forward that looks like he’s suited for the top-six, especially alongside Horvat considering the strong defensive game and neverending motor he possesses. He could also be a good fit with Pettersson on the top line too for those same reasons. So it’s no wonder they are high on the drug that is Hoglander.

However, for the Canucks to succeed this season, they would be better off having him ride shotgun on the third line with Gaudette and Virtanen. That would be a very skilled, not to mention fast, trio that could make a difference against a lot of opponents. They are just a better and deeper team with Virtanen and Hoglander in the bottom-six, rather than the first two lines.

That’s why I think the Canucks need to add someone from outside the organization to fill Toffoli’s role. Otherwise, they are icing a similar team that started the 2019-20 season and barely made the playoffs.

Whether it is a free agent signing, trade, or elevation from the third-line, the Canucks need someone to fill Toffoli’s role in the top-six. Without a dangerous winger on the second line, they are a one-line team. Horvat needs a skilled player (when have we heard that before) to play with other than Pearson. If he’s saddled with a player like Loui Eriksson, his line inevitably becomes a checking unit and a black hole for offence.

The Canucks need to keep moving forward in their rebuild, and by losing Toffoli, they are taking a step back. Yes, he was only here for 17 games but in those games, he showed everyone why they need that type of presence at the top of their lineup. It would have been easier to just re-sign a proven commodity, but since that ship has sailed, Benning is faced with finding yet another good fit for his team. We will see what he ultimately comes up with when the games get going in just a few months’ time.