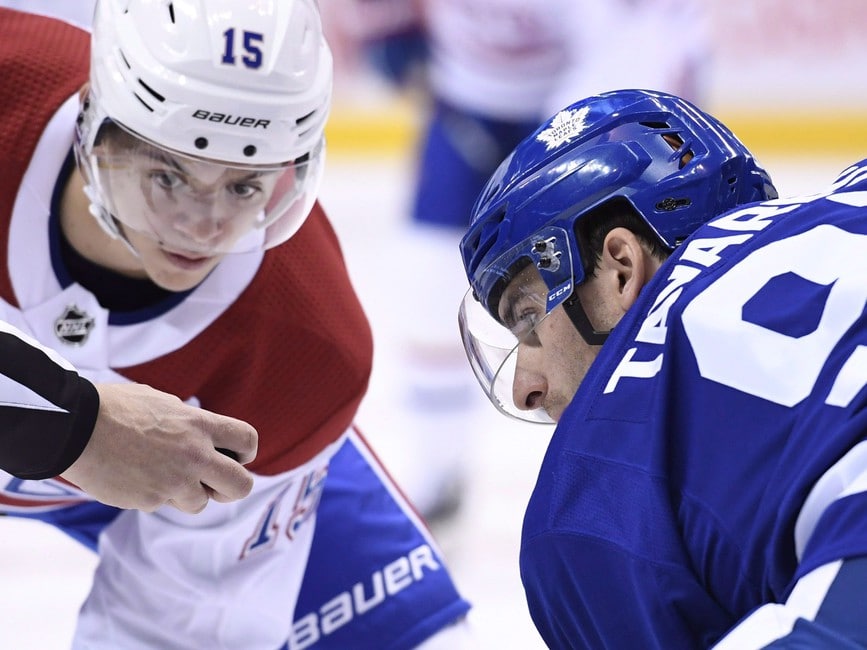 2020 has been a strange year for the NHL, to say the least. Thanks to the COVID-19 pandemic, we saw the playoffs begin in August, the Stanley Cup awarded at the end of September, and the Entry Draft along with free agency pushed back to October. Unfortunately, the ripple effects don’t end there.

The next item on the NHL’s agenda is, of course, the commencement of the 2020-21 season, which by all accounts will be far from ordinary. The league is optimistically hoping for a Jan. 1 start, though there has been talk that the puck may drop closer to Feb. 1.

Along with a delayed start to what will likely be a truncated season, another major issue for the NHL is the status of the Canada-United States border. The closed border was part of why the playoffs were held in Canadian hub cities Edmonton and Toronto, and according to a recent radio hit with Vegas Golden Knights owner Bill Foley, it looks like the continued closure may lead to some divisional realignment in 2020-21.

Vancouver’s going to be playing in the Canadian Division this year… I don’t think they’re going to cross the border.

Bill Foley on the 2020-21 season. From Foley’s interview with KSHP Radio Las Vegas.

If what Foley says is true, then we’re going to see an NHL season like no other with division alignment looking something like this:

Of course, the question you’re wondering is how will this proposed Canadian Division affect the Toronto Maple Leafs?

Let’s dive into why the rumored realignment may be a blessing in disguise for the Maple Leafs who look poised for a breakout season in 2020-21.

The Maple Leafs Are Very Strong on Paper

First things first, let’s put the 2019-20 season behind us. By all accounts, the Maple Leafs were a disappointment, from their 95-point regular season pace to their qualifying round loss to the Columbus Blue Jackets. We could come up with a million excuses – and many of them would be valid – but that’s beside the point.

Related: Kyle Dubas Doubles Down on His Vision for the Maple Leafs

So let’s ask ourselves this: why do we consider last season a disappointment for the Leafs? The obvious answer is that the team had high expectations going into the year. And why did they have high expectations? Primarily because they looked elite on paper.

Dom Luszczyszyn’s Game Score Value Added (GSVA) model is notoriously bullish on the highly skilled Leafs, as evidenced by his standings projection from last season. The team obviously fell well short of that 106-point pace, but they were projected to do well for a reason. A lot has changed for the Maple Leafs going into the 2020-21 season, but they still project to be an elite team, at least on paper.

Brett Marshall’s new roster generator (which is free to use and highly recommended) likes the Leafs a lot – arguably even too much. Using this lineup that includes rookies Nick Robertson and Rasmus Sandin, Toronto is projected to have a whopping 122 points next season. According to Marshall’s standings projection, that would put them second in the league behind only the Tampa Bay Lightning. Sounds a lot like Luszczyszyn’s model, doesn’t it?

Now it’s not all sunshine and rainbows for the Maple Leafs. Luszczyszyn himself doesn’t have his 2020-21 projections out yet but he did take a look at each team’s offseason changes so far, and the Leafs don’t fare as well by those metrics. In fact, they look like they might have taken a step back.

Per his model, the Leafs’ offseason changes will cost them 1.5 wins next season, or three points in the standings. That doesn’t sound like a lot, but it does mean they’ve had one of the worst offseasons in the NHL, at least according to his calculations. While Luszczyszyn’s model likes the addition of TJ Brodie on defense, the team’s decline is primarily due to the losses of Andreas Johnsson and Kasperi Kapanen.

It’s up front where my model is much less kind, though, mainly due to the loss of Andreas Johnsson. He’s viewed as a top-six calibre forward and his value won’t be easily replaced. Kasperi Kapanen is coming off a down year but even he still grades out as top-nine calibre. Those two gave the Leafs’ third line some scoring punch that the new additions likely won’t match. Wayne Simmonds, Jimmy Vesey, Joe Thornton and Joey Anderson all provide fourth line value or worse and the team’s forward depth is weaker as a result.

It might work out fine if the goal is to really lean on the team’s potent top six but there’s risk that the forward group is too top-heavy.

It remains to be seen how well the Maple Leafs’ new additions mesh, but there’s still plenty of reason to be optimistic about Toronto’s chances heading into next season, especially when you consider their divisional opponents.

The Canadian Division Will Be Weak

There’s been a lot of roster turnover this offseason for many of the Canadian teams, and with turnover often comes hype. Naturally, fans want to be excited about their team’s future so they see almost any move as a positive that brings the team closer to success. Unfortunately, though, that isn’t always the case, especially when a team isn’t very good, to begin with.

Now let’s go back and reference Luszczyszyn’s work on offseason moves. Have any of these middling Canadian teams actually improved much?

By his model, the biggest leap goes to the Jets who added 1.4 wins mostly thanks to the addition of Paul Stastny, while the Oilers also added one win with Tyson Barrie and Kyle Turris. The Canadiens got a modest 0.5 win boost from an entourage consisting of Josh Anderson, Jake Allen, Tyler Toffoli, and Joel Edmundson while saying farewell to Max Domi. The other four Canadian teams have seen varying degrees of decline this offseason with the Flames at -0.5 wins, the Senators at -0.6, the Canucks at -0.9, and the aforementioned Leafs at -1.5.

All of this is to say that none of the Canadian teams were very good last season, and none of them have gotten substantially better. Marshall’s projections seem to agree, too. Following the Leafs way up top, he’s got the Flames, Canadiens, Oilers, Jets, and Canucks all as middling teams in the 78-86 point range, with the lowly Senators way down at 52.

Even if the Maple Leafs aren’t as good as their 122-point projection (and they almost certainly aren’t), they still appear to be head and shoulders above the competition. And that’s precisely why a Canadian Division benefits Toronto so much: they’d exclusively be playing against six teams that project to be mediocre-to-bad. Instead of having to face powerhouses like the Tampa Bay Lightning or Boston Bruins four times a year respectively, they would be playing much weaker teams like the Jets and Senators eight or 10 times each.

That’s a ton of easy points, especially if the Leafs can learn to buckle down and play consistent hockey on a night-to-night basis with an injection of veteran leadership. A strong regular season would also set the Leafs up for easier playoff matchups, which may be exactly what they need to get over that pesky first-round hump.

Of course, the 2020-21 season is still several months away and no official decisions have been made yet, but the Maple Leafs should be licking their chops at the proposition of an all-Canadian division. With a new-look team and softer division, this may be their best shot at a Cup yet.