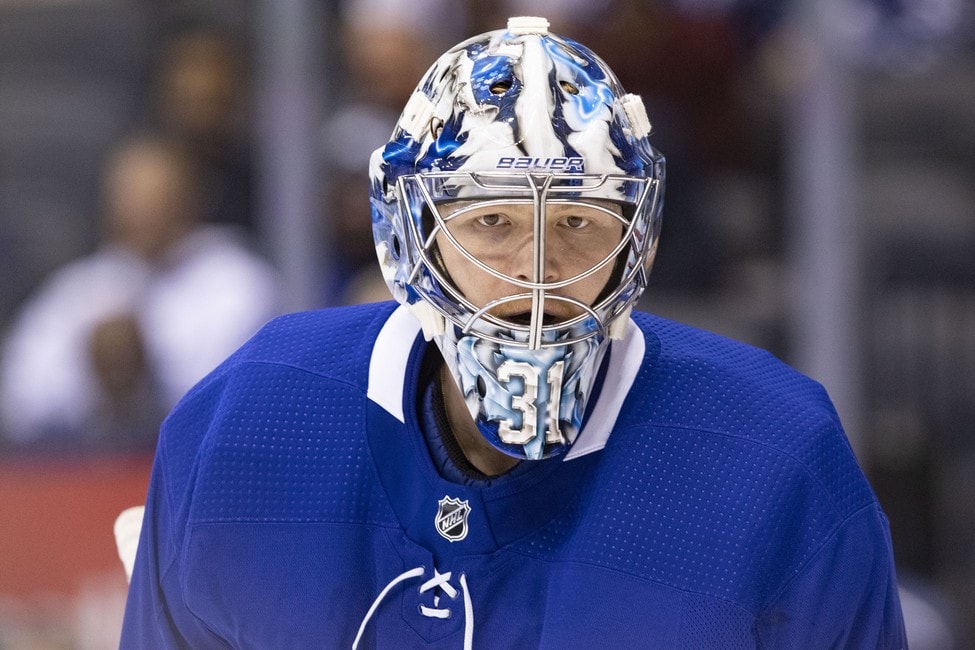 In this edition of Toronto Maple Leafs News & Rumors, I’ll focus on news and rumors from this past week that help Maple Leafs fans understand the team’s goalie situation over the past year or so. As part of that consideration, I’ll share recent rumors about goalie Michal Neuvirth, who was in the team’s training camp prior to the 2019-20 season but who seemed to leave the team suddenly and quietly.

As a second consideration of Maple Leafs’ goalies, I’ll share insight about last month’s rumors that starting goalie Frederik Andersen was likely to be traded. Over the past week, hockey insiders have offered Maple Leafs fans insights that could help clear up some things that happened during these conversations.

Finally, I’ll speculate how the US Presidential election will likely impact the return of an NHL regular season.

Item One: Whatever Happened to Goalie Michal Neuvirth?

Prior to the 2019-20 season, the Maple Leafs brought Czech goalie Michal Neuvirth into its training camp to compete for a position as the team’s backup goalie. If you’re a fan and you don’t remember that, it’s understandable. Neuvirth seemed to come and go quickly.

At the time, I didn’t know much about the 32-year-old goalie so I spent time researching his body of work. I learned that Neuvirth seemed like a viable candidate. As a result, I was surprised that he played a single preseason game with the team and then was released. Nothing quite added up, but since Neuvirth was on a professional tryout (PTO) I didn’t make much of his leaving.

During his single preseason game, he gave up two goals and there was news he had suffered an injury, but neither of those things seemed uncommon. He seemed to be released quietly – without much explanation. Some sites guessed he had an earlier career-ending injury that had manifested itself during training camp.

Two days ago, during the latest episode of The Leafs Report, The Athletic’s James Mirtle offered insight into what happened to Neuvirth. His PTO with the Maple Leafs apparently ended simply because Neuvirth wanted more money than general manager Kyle Dubas was willing to give and he decided to take his goalie equipment and go home to the Czech Republic.

At that time Michael Hutchinson, who recently re-signed with the team, was the Maple Leafs backup goalie and there was a desire to seek someone more reliable. Neuvirth was brought in as a possible backup to offer Toronto trusted relief for starter Frederik Andersen. Obviously, Dubas didn’t meet Neuvirth’s contract demands and the team kept Hutchinson. For fans who wonder, Neuvirth signed with HC Sparta Praha (Prague) in the Czech Extraliga. That league’s 2020-21 season has been postponed for now.

Since the start of the 2019-20 NHL season until this moment, the Maple Leafs have gone through huge changes. This includes within the organization’s goalie depth. The Maple Leafs traded for Jack Campbell in February; traded and then re-signed Hutchinson; and signed Aaron Dell as the team’s third-string goalie. Sort of under the radar, Dubas has given the team stronger depth at the goalie position.

About a month ago, I thought Dubas did something out of character. He seemed to scold starting goalie Andersen for talking about rumors that he’d be traded. At the time, Andersen had reported that he was preparing to leave the team and Dubas responded by saying that, as far as he was concerned, the Dane would be the team’s starting goalie.

When I read that Dubas had spoken with Andersen about not talking about a trade, I thought the whole exchange seemed “different.” This week hockey insider Chris Johnston shared a rumor that the Carolina Hurricanes might have leaked information about their trade talks with the Maple Leafs and Dubas was unhappy about it. This information, to me, offers more insight into what happened and why it happened.

The story is that, during late September and early October, news was leaked that the Hurricanes had asked about Andersen’s availability and that some conversation had occurred about a possible trade with the Maple Leafs. At the time, Dubas noted that someone had called about Andersen and he was listening, which was his job as a general manager.

Given what many hockey pundits suggest about Carolina’s goalie situation, it made sense they might ask about Andersen. It seems clear that the Hurricanes could use a goalie upgrade, and Andersen might be difficult for the Maple Leafs to keep after this season because of rightful a salary increase.

As Johnston reported, Dubas was unhappy these rumors had occurred and believed the Hurricanes were leaking their trade talks.

I have three thoughts about this situation. First, there’s reason for Dubas’ ire. Listening to Brian Burke speak on Hockey Night in Canada, conversations between general managers happen constantly about what players might be available and at what cost. Such conversations and questions are always being tossed about – generally going nowhere.

In addition, because NHL hockey players are professionals, being uprooted about where one plays are part of the job. No matter what one’s record, experience, or history, one can always be traded – it’s part of one’s professional life. Still, no general manager wants to fuel players’ beliefs they aren’t part of a team.

Second, it isn’t likely that even if the Hurricanes leaked trade rumors those leaks impacted an Andersen trade – either positively or negatively. He stayed with the Maple Leafs because trade talks fell through because the teams couldn’t reach any mutual agreement.

Third, if a team actually leaked trade talks – given the regularity of player movement conversations two general managers might have with each other – such leaks would create bad will between teams. No one benefits when all trade conversation is completely open. There’s so much talk and so little trade action. Having a reputation of sharing such conversations would harm a team’s reputation and might militate against future trade talks.

So, as Sportsnet’s Johnston shared, his sources suggested the Maple Leafs front office might believe the Hurricanes were leaking specifics about their trade talks. That’s what Dubas was unhappy about when he complained about the Andersen rumors that got out.

All NHL fans are right to wonder how Democratic President-elect Joe Biden’s election as the 46th President of the United States might impact the NHL’s 2020-21 regular season. Given my previous line of academic work, I have some insight into this situation; however, I can’t claim specific knowledge about what will happen.

What I can say for certain is that it matters to NHL hockey who was elected US President – particularly in the long run. I have heard that President-elect Biden will establish a task force to plan a unified “attack” against the spread of the virus that will start work as early as Monday. My call is that Biden’s election is good news for the fighting the pandemic, but not particularly good news about starting NHL regular-season hockey earlier.

I can’t imagine Biden shutting down the US economy, but I can imagine things getting tighter, more cautious, and more restrained. Specifically, the USA and Canada border will likely remain closed to non-essential travel, which would include NHL hockey.

I also suspect that the NHL league office is now able to plan a restart for hockey. I believe these conversations have been ongoing, but I believe today something crucial was learned that helps make more solid decisions possible.

I think fans might expect to hear news soon about a restart to hockey, but I can’t say what that news would be.