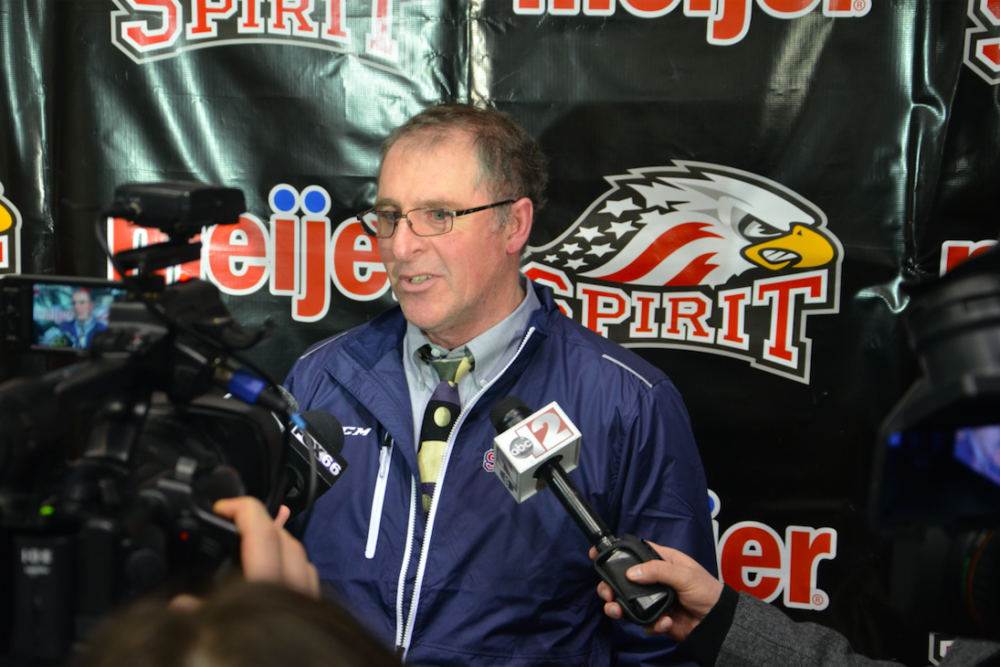 When life is anything but normal, looking back on years gone by and reminiscing can be a nice escape. Over the last 30 years, the Windsor Spitfires have had hundreds of players, coaches, and general managers come through their organization. It makes you wonder what the future held for some of them.

In our four part of the “Where Are They Now?” series, we’ve looked at players from the Barn-crashing days of the 1990s, those involved in the biggest transition in team history during the 2000s, and the post-Memorial Cup Era of the 2010s. Now, our series finale takes us in a different direction — the coaches and general managers (GM). Some joined at the start of their career while others had seen plenty before arriving.

Let’s look at four coaches and GMs and their experiences after being behind the bench in the Rose City.

Where Are They Now?

When you look back at the 1990s Spitfires, several players stand out, but also a few head coaches. One of those coaches was former defenceman and OHL tough guy Tony Curtale.

A scrappy scorer, Curtale coached a similar style. He got into coaching with the Springfield Junior Blues (NAHL) from 1995-98, winning two championships. The Spitfires saw this and brought him on in 1997-98.

For two seasons, Curtale led a rough-and-tumble Spitfires’ team to a 44-72-11-9 record. They didn’t make the playoffs in either season, but they were at least entertaining. He got the most out of what he was given and he knew what the fans loved. In those days, the Windsor Arena faithful were about going to the rink, seeing a few goals, a few fights, and heading home happy.

Despite the entertainment, Curtale was replaced during the summer of 1999 by long-time Spitfires’ head coach Tom Webster.

What happened to him after that?

In 1999-2000, Curtale headed down south to join the Texas Tornado (NAHL) as head coach. From 1999-2013, they were dominant, winning five league titles and reaching the finals two other times. As a result, combined with his earlier stint with the Junior Blues, he set the NAHL record for most wins (530). It also marked the most wins in the United States by a junior hockey coach.

Unfortunately, he was only with the Wildcats until November 2016 before being suspended by the team and ultimately let go. Following that, he joined the Chicago Fury U18 as a head coach and the U16 as an assistant in 2018-19. (from ‘Curtale suspended from Wildcats indefinitely,’ Times Record News, 11/15/2016)

Now, Curtale is a Hockey Advisor and Trainer in the Chicago area.

Just mention the name “Wayne Maxner” around town and you’ll instantly bring up old Spitfires’ memories from the 1970s through the early ’90s.

Maxner’s clubs weren’t always the most talented but, like Curtale, they were tough, hard-working, and he got the most out of them. In his final stint with the Spitfires, the club had dynamic offensive forwards Bill Bowler and Cory Stillman, which certainly helped.

By the early ’90s, Maxner had been behind the bench for 20 years and was nearing the end of his coaching days. What happened after he left the club in 1993?

Maxner spent 1993-94 as the head coach of the St. Thomas Wildcats in the old Colonial Hockey League, which existed from 1991-2010. After that, he took some time off before getting behind the bench for the Woodstock Navy Vets in 2008-09 (now a part of Midwest Junior C league). That marked his final season as he called it a career.

For his efforts, the Halifax-native was also inducted into the Nova Scotia Sports Hall of Fame in 1992. Maxner was an icon around the Spitfires and the City of Windsor and his name still comes up in vintage hockey talk.

At the turn of the 21st Century, there were few people as respected around the rink as then-Spitfires’ head coach and GM Mike Kelly.

In 1999-2000, the Spitfires brought him on to be their new GM and, for the most part, they did well. The club made the second round five times in seven seasons, including a thrilling run to the Western Conference Final in 2001-02.

Kelly was someone that everyone enjoyed being around; professional, open, intelligent, and easy to talk to. When he talked, you listened and learned.

What happened to him after that?

In 2006-07, he joined the Niagara IceDogs as their head coach for a season, where they won 43 games. That’s when Europe called.

Kelly went to Italy from 2007-10 to coach HC Alleghe in the Serie A2, which is the second level of hockey in the nation.

In 2010-11, he returned to North America to briefly scout for the Carolina Hurricanes, but the OHL wasn’t done with him. The Storm wanted him as their new GM.

From 2011-17, Kelly turned the Storm into a beast, winning the OHL championship in 2013-14. However, in February 2017, he decided that was his final season. Family comes first and he wanted to spend more time with his sons and grandchildren.

Replacing Kelly on the Spitfires’ bench was Mantha, who was well versed in the hockey circles. A former NHL defenceman, Mantha joined the coaching ranks in 1993 and spent time at various levels until 2004.

After a short time as the interim head coach of the Saginaw Spirit in late 2004, the Spitfires signed him to a three-year contract, starting in 2005-06. Unfortunately, Mantha didn’t even last until Christmas. In early September 2005, there was a hazing incident on the team bus following a pre-season game. This led to an on-ice altercation during a practice three weeks later between veteran Steve Downie and rookie Akim Aliu.

A month later, Riolo fired Mantha after reviewing his contract and finding a number of incidents that were detrimental to the players. Spitfires’ assistant coaches D.J. Smith and Bill Bowler took over.

What happened to Mantha after he left the Spitfires?

In 2006-07, he joined the AHL as an assistant coach with the Rochester Americans. However, that only lasted one season.

In 2010, Mantha returned, becoming the head coach of the Michigan Warriors (NAHL) and he stayed until 2015. Following that, he spent time with the French River Rapids (NOJHL) and the Saginaw Spirit (as a scout), becoming the Spirit’s head coach for a brief time in early 2016.

In 2017-18, he made his return to the NAHL becoming the head coach of the (now) St. Cloud Norsemen, where he stayed until announcing his retirement earlier this year.

Despite the Spitfires’ chaos, Mantha was a successful coach who not only developed players on the ice, but off it, too.

With so much uncertainty right now, it’s fun to sit back and just think about the days of the past. The times when we would sit in the arena with thousands of others, cheering on our team and enjoying a night out with friends and family.

We hope you enjoyed this look back at Spitfires from the past. The organization has seen many changes over the years and it’s always interesting to see what happened to the players, coaches, and management after they left the Rose City.