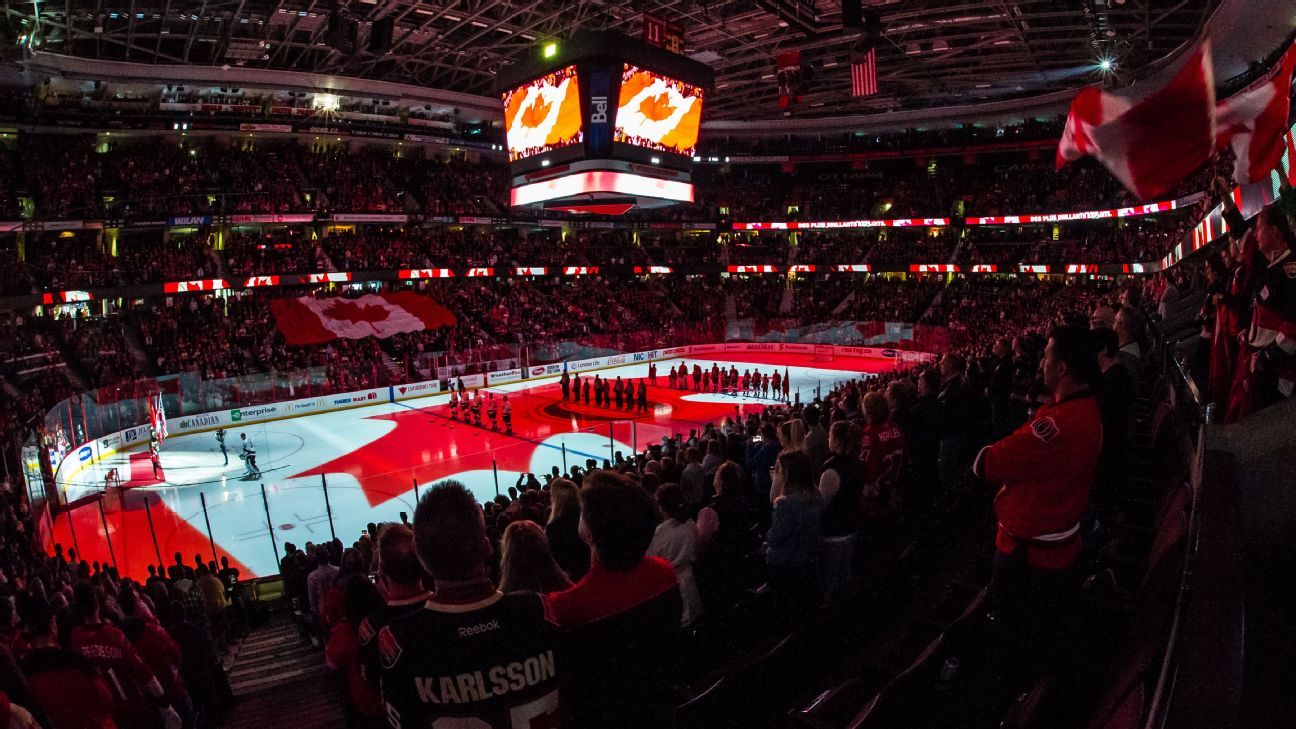 The Ottawa Senators honored the memory of celebrity fan and “Jeopardy!” host Alex Trebek, who died last November, with a moment of silence before their season-opening game against the Toronto Maple Leafs on Friday night.

Trebek, 80, died on Nov. 8, almost two years after revealing he had pancreatic cancer. He surprised Senators fans one month before his death with a video message during the NHL draft, announcing Ottawa’s selection of forward Tim Stutzle with the No. 3 overall pick.

The Senators had a brief tribute to Trebek before their home opener on Friday, calling him a “Canadian icon” and noting that he had celebrated his investiture as a member of the Order of Canada in 2017 at a Senators home game. A moment of silence followed for Trebek and John Muckler, the former general manager of the Senators who died on Jan. 4.

The Senators held a moment of silence before the game to honour Alex Trebek and John Muckler. pic.twitter.com/49yrEE9XxS

Trebek was a long-time fan of the NHL and had appeared during All-Star Game festivities and at the NHL Awards.

“Alex was a passionate fan of our game and a true friend of our League,” said NHL commissioner Gary Bettman at the time of Trebek’s death. “He always said yes when hockey called. We will miss him and send our condolences to his family and millions of friends and fans