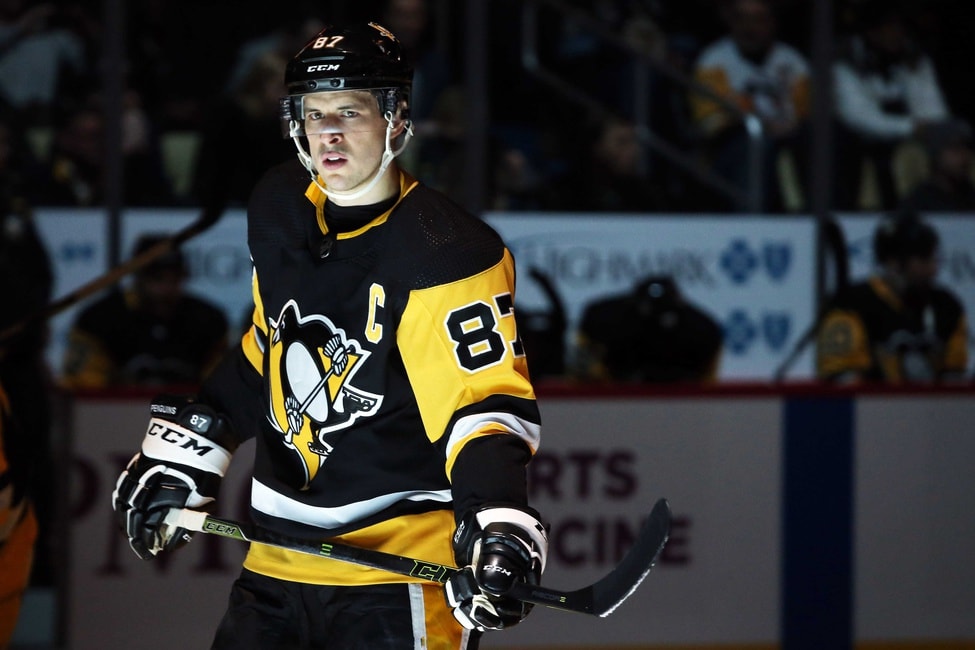 The Pittsburgh Penguins are without a general manager after the news dropped on Wednesday that Jim Rutherford was stepping away from the team for personal reasons. The news shocked the NHL community since no one saw it coming. While the Penguins grind it out on the ice, it’s the headlines off the ice that have our attention.

On Thursday, TSN’s Daren Dreger suggested that if the Penguins’ new management team, whoever they may be, decide the team needs to rebuild, there’s the potential that Sidney Crosby could be traded down the road. The 33-year-old has four years left on the contract that pays him $8.7 million per season, and he has a full no-movement clause. Any trade would have to be okayed by Crosby and his agent, and the number of teams on his list would be small.

While one of hockey’s best insiders didn’t say a trade was coming, just the suggestion that it was a possibility was enough to send shockwaves through the fanbase. The Penguins are barely keeping their heads above water as the injuries continue to pile up, they’ve dealt with suspect goaltending, and all their wins have come on home ice. They are in a playoff position in the East Division. However, it’s next season and the season after that is today’s focus.

If the Penguins struggle out of the gate in 2021-22 and find themselves near the bottom of the playoff picture, major changes could and should be made. Evgeni Malkin, Crosby’s long-time running mate, will be in the final year of his contract and could fetch a ton of assets at next season’s trade deadline. If the Penguins commit themselves to moving Malkin, there’s no doubt moving Crosby would soon follow.

Crosby has been the face of the Penguins franchise for over a decade and he’s the NHL’s golden child on and off the ice. Seeing him in another jersey would be strange, but, as we all know, even Wayne Gretzky was traded. Yes, there’s a lot to digest here for Penguins’ fans, but fans around the league must be salivating at the chance to add #87 to their roster.

As Dreger reported via Insider Trading, Crosby’s no-movement clause means that any possible trade would likely come down to a two-team race.

Avalanche captain Nathan MacKinnon and Crosby have become best of friends off the ice and the thought of playing together would likely be music to their ears. The two spend their summers together on the east coast of Canada and playing together, you would have to think, would be welcomed with open arms.

Any deal for Crosby would require a package of assets in return, so don’t expect to see any one-for-one deals if this does happen. If Avalanche general manager Joe Sakic knew that he could acquire Crosby from the Pens, he would likely tell Penguins management to take anyone not named MacKinnon or Cale Makar off his roster.

The Avalanche have many young players with high-end talent including Samuel Girard, Conor Timmins, Bowen Byram, and forwards Tyson Jost and Martin Kaut. If this deal actually transpires, it’s a safe bet the Penguins ask for Mikko Rantanen and two of the previous names mentioned, along with multiple draft picks.

Crosby’s father Troy was drafted by the Canadiens in 1984 as a goaltender out of Halifax, Nova Scotia. If Crosby decides he’s open to playing for another team, it’s extremely likely he would choose the Canadiens. The Habs were Crosby’s favorite team growing up, so perhaps Dreger’s speculation stems from a childhood dream for the boy from Cole Habour. He was also a junior star for the Rimouski Oceanic, and the province of Quebec would go wild if #87 made his return to ‘La Belle Province’.

The Canadiens have much of their core signed through the 2024-25 season which would be the final year of Crosby’s contract. He could give Montreal some added star power to make a couple more runs at the Stanley Cup with Carey Price in net. How does that sound Habs fans?

Again, any ‘rebuilding’ trade for the Penguins involving Crosby would be about quantity as much as quality, so expect the package to be massive. Young talent up front, on defense, and in the crease would all be considered. The Canadiens have lots of talented young players to circle including Nick Suzuki, Jesperi Kotkaniemi, Alexander Romanov, Ryan Poehling, Jesse Ylonen, Cole Caufield and Cayden Primeau. The Penguins would have lots of options to consider and perhaps a package including Caufield, Primeau, and multiple first-round picks would get Pittsburgh’s attention.

If either the Avalanche or Canadiens are made aware that Crosby is on the market, you can expect a bidding war for the ages. It’s all going to come down to when the Penguins decide to hit the rebuild button and if Crosby wants to take a run at another Cup instead of retiring a Penguin. For now, breathe easy Penguins fans, he’s staying in Pittsburgh.