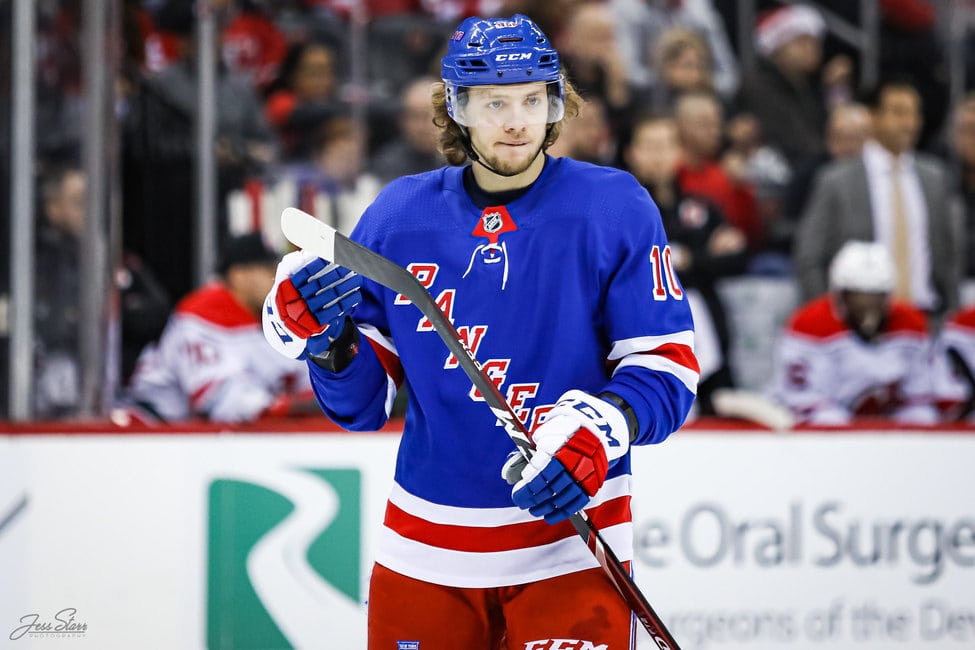 In today’s NHL rumors rundown, a troubling story has come out of the New York Rangers organization regarding Artemi Panarin, the alleged physical abuse of an 18-year-old girl and what the team and the player are calling a fabricated story made up for political reasons. Meanwhile, there is a ton of news coming out of the Buffalo Sabres organization, including talk of Jeff Skinner’s struggles, the Rangers targeting Jack Eichel and Eric Staal possibly being a target of the Montreal Canadiens.

In the past, Panarin and his family have been outspoken against Vladimir Putin and the Kremlin and the result seems to be that he’s been targeted by a Russian media outlet and Panarin’s former KHL coach Andrei Nazarov. The story claims the NHL star beat up an 18-year-old girl in a bar, a report he claims is completely untrue.

Still, Panarin is taking time away from the team out of concern for his family and to try and deal with the reports. Larry Brooks of the New York Post writes:

Retribution was feared after Panarin’s Instagram post on 1/21 in support of opposition leader Alexi Navalny with caption “Freedom for Navalny.” Panarin, who has family in Russia, has been outspoken against Putin.

The Rangers have released a statement and wrote the following:

Artemi vehemently and unequivocally denies any and all allegations in this fabricated story. This is clearly an intimidation tactic being used against him for being outspoken on recent political events. Artemi is obviously shaken and concerned and will take some time away from the team. The Rangers fully support Artemi and will work with him to identify the source of these unfounded allegations.

In other Rangers news, Brooks wondered in a recent New York Post article if Mika Zibanejad’s poor play through the first quarter of this season will push the team towards pursuing Buffalo Sabres center Jack Eichel at some point. Zibanejad’s struggles and inability to get back on track will undoubtedly affect his unrestricted free agent negotiations and it may have given the Rangers pause on an expensive extension.

Brooks notes that his decline in his production could push the Rangers towards considering other options. But, Brooks also writes that if the Rangers go the Eichel route, they’ll have to include 2020 first-overall pick Alexis Lafreniere as part of the return. “The Sabres aren’t moving their captain to New York for a handful of expendable parts,” writes Brooks.

Speaking of Sabres players that could be on the move, TVA Sports Jean-Charles Lajoie recently suggested the Canadiens should target Eric Staal before the Apr. 12 trade deadline. That is, assuming the Sabres become sellers at the NHL Trade Deadline.

It was a bit of a surprise when Staal was traded to the Sabres in the first place and if the team decides to dump assets ahead of next season, the 36-year-old center might be willing to leave the team and play with a contender. He is a pending UFA but Staal has a 10-team no-trade list and it’s not clear which teams would be on that list.

The struggling Canadiens have a GM that isn’t afraid to make moves or take a swing when it comes to trades. If he thinks there’s a player out there he can add an it get the club back on the right track, he’s likely to consider it.

Speaking of the Sabres, there is talk out of Buffalo that Skinner could be a healthy scratch and Buffalo News’ Mike Harrington writes that head coach Ralph Krueger has been benching others to try and get this team turned around.

During practice Sunday, Casey Mittelstadt skated in Skinner’s place, while Skinner skated with Curtis Lazar and taxi squad forward Rasmus Asplund. A final decision on whether Skinner stays in the lineup will come on Monday. Skinner was part of a very awkward media scrum and said he’s played 11 years in the NHL and never needed a day off before. He noted he might be struggling with his confidence and while he’s not happy with things have gone so far, he’s trying to find ways to re-spark his offense.

He noted he’s not sure what his future holds but he’s going to do his best to work his way out of the issues.