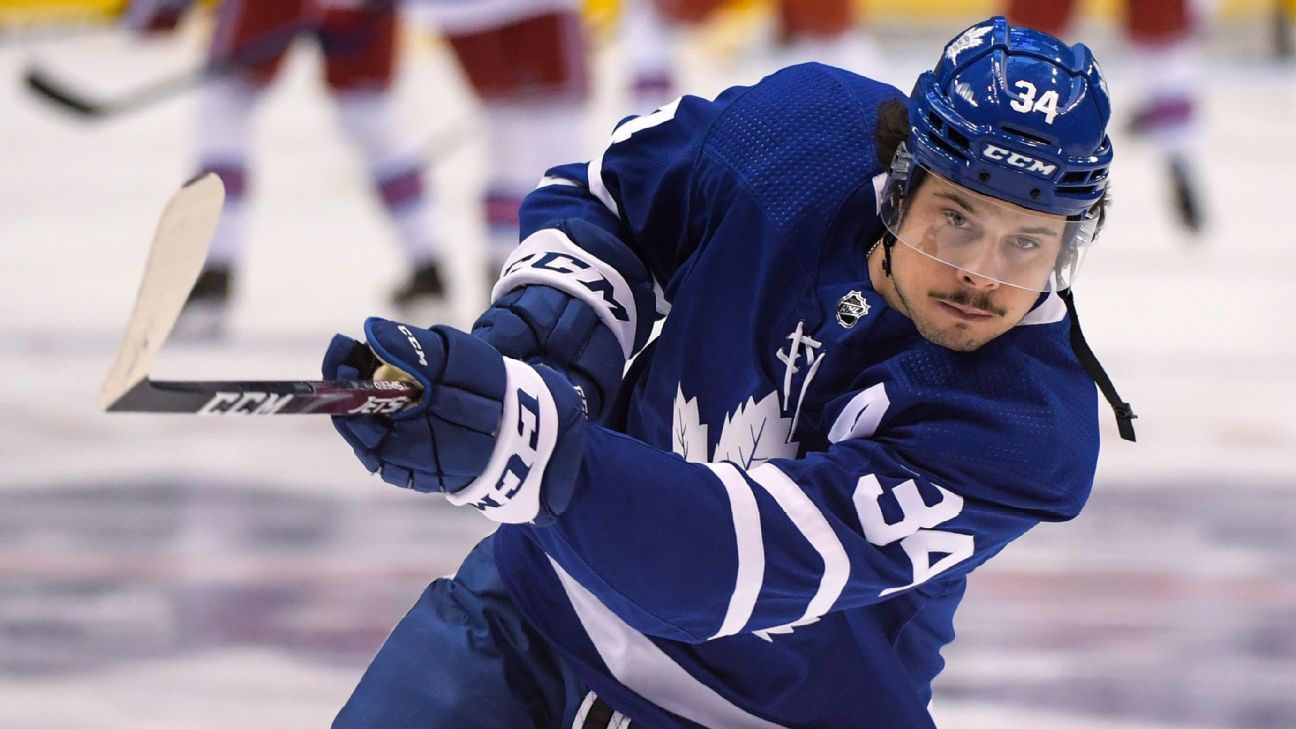 EDMONTON, Alberta — Maple Leafs star Auston Matthews is out for Saturday’s game against the Edmonton Oilers because of a sore wrist.

Toronto coach Sheldon Keefe announced the decision before the start of a three-game series between these teams.

Matthews has 31 points (18 goals, 13 assists) in 20 games this year and has been dealing with the wrist injury much of the way.

Toronto (15-4-2) will get some other key pieces back in the lineup – forward Joe Thornton returns from a lower-body injury; defenseman Jake Muzzin is back after missing two games with a facial fracture; and goalie Jack Campbell is available after a leg injury.

The Maple Leafs lead the all-Canadian North Division, with the Oilers (14-8-0) four points back.