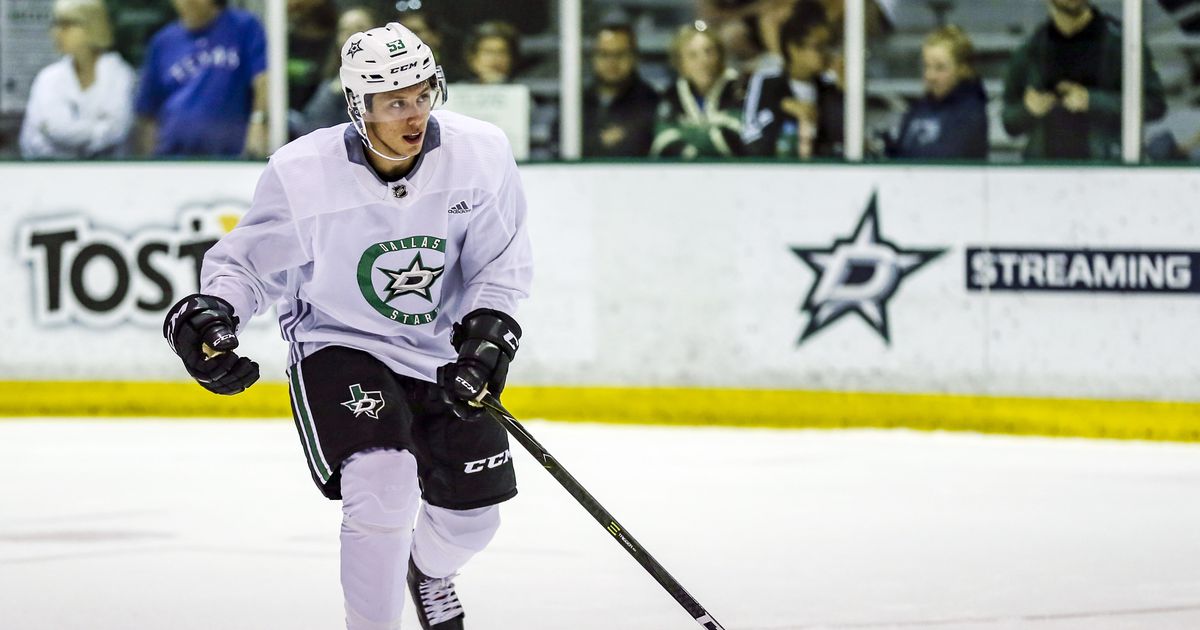 When he was named the AHL’s Rookie of the Month on Thursday, Stars prospect Riley Damiani was busy shooting an 80 on the golf course.

Some guys just have it.

Damiani, the Stars’ fifth-round pick in 2018, has started his AHL career with a bang, entering the weekend tied for second in the league in both points (23) and assists (17). The 21-year-old has cracked the scoresheet in 13 of the 17 games he’s played and had his five-game multi-point streak snapped on Wednesday night.

“This wasn’t just a five-game swing or whatever,” Stars assistant general manager Scott White said. “He’s been really steady and impactful, whether he’s scoring or not. Obviously, the scoring helps, but he’s been good. He’s got a good brain, his instincts are very good.”

Damiani has been the engine for Texas’ offense this season, along with linemate Adam Mascherin, who also has 23 points and is second in the AHL with 11 goals. Texas coach Neil Graham has put Damiani on the top line with Mascherin and Nick Baptiste while recently moving him to the top power play unit manned by Thomas Harley.

“He’s done a great job of putting me in a position to be successful,” Damiani said. “I think he’s got trust in me to create offense and make plays and play the offensive side of the puck, whereas in junior I had responsibility to play more on the D side of the puck.”

He had two goals in his pro debut on Feb. 5 in Iowa and recorded his first hat trick on March 13 against Colorado.

“He understands the game, he understands spatial awareness on the ice,” Graham said. “He’s responsible on the defensive side and his vision offensively is very good and he sees the game exceptionally well.

“If he has the puck in the o-zone, he knows where guys are really in the whole zone. If he doesn’t have the puck, he knows a good area to get to where the puck may go next. Defensively, he uses the same mindset in the d-zone where he’s responsible. He understands what the other team’s trying to do, so he’s usually in a pretty good position on the D side of the puck.”

On a couple plays on the power play this year, Damiani sent no-look passes to teammates at the net-front. On other plays, he’s feeding a cutter from behind the net. He sees the lanes that barely crack open, and he hustles back on defense if they do close.

Damiani is undersized at 5-10 and 173 pounds, but his hockey mind makes up for it.

“Where some guys might use their size to gain space, he doesn’t necessarily have that, but he’s got a really good brain,” White said. “Most of the time, the brain over size wins.”

Damiani said: “It’s definitely a faster game, a tougher game. Guys are a lot bigger, faster, stronger, but it’s also the same game I’ve played my whole life and I can’t really get away from that.”

Stars general manager Jim Nill said Damiani profiles as a center in the NHL and that he “plays with a fire in his belly. You combine that with his skill level, it’s a pretty good combination.”

In the offseason, Damiani worked closely with Stars player development coordinator Rich Peverley. The two were on the ice together sometimes in Guelph, Ontario, as Peverley helped Damiani find ice during pandemic restrictions.

In Cedar Park, Damiani has found a familiar roommate in rookie defenseman Dawson Barteaux. They roomed together three times before at the U17 Hockey Canada camp, U17 Hockey Canada tournament and U18 selection camp. Then the Stars drafted both of them.

“Right away, I shot him a text and just said ‘There’s no way we can’t live together’ because we’re basically living together at these events for two, three weeks at a time,” Damiani said. “There was never any issue, no conflict, no problems. He’s just a real, easy-going guy. It works out really well.”

What’s next for Damiani?

Graham and White both said they’d like to see him gain more experience and physically mature since he just turned 21 two weeks ago. But if Dallas fades at the end of the season, or suffers more injuries, might Damiani get a call to the NHL?

“If we get any more injuries and we have to add to that taxi squad and make changes, he’s definitely in the mix. He’s deserved that.” 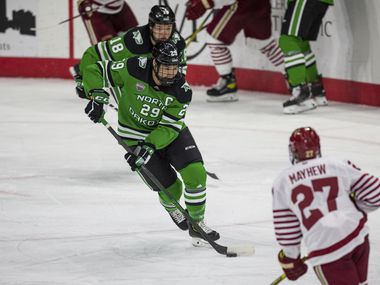