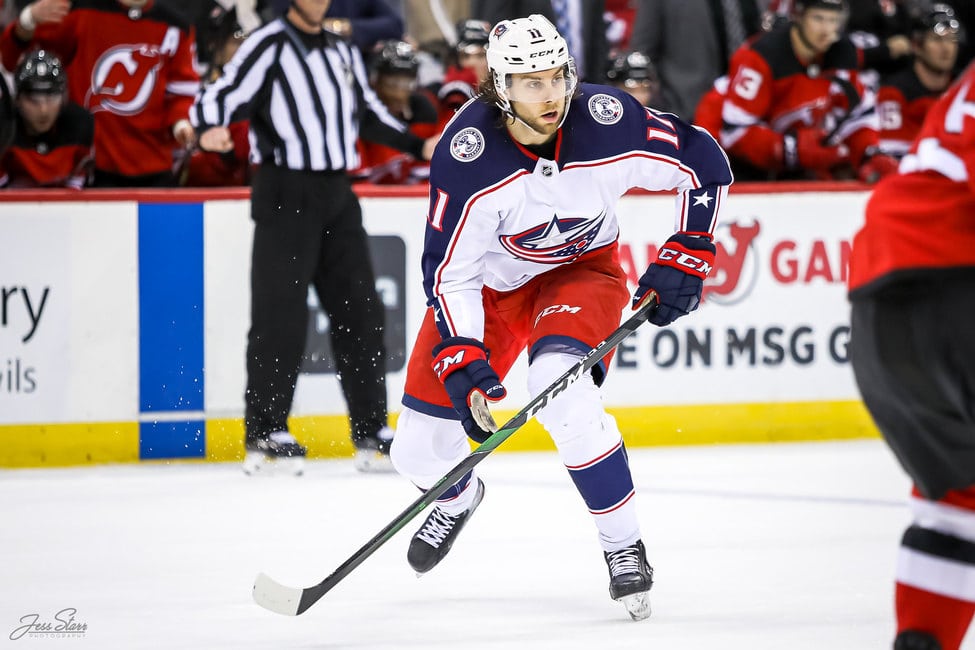 The Columbus Blue Jackets have struggled this season. They are in seventh place in the Discover Central Division with a 14-18-8 record and 36 points and are in real danger of missing the postseason for the first time since the 2015-16 season. The biggest reason for the team’s difficulties is their lack of center depth, including a first-line center, especially after the Pierre-Luc Dubois trade.

This is why head coach John Tortorella’s decision to sit Jack Roslovic on Saturday and Kevin Stenlund for the past three games is a curious one.

Tortorella Not Impressed With Roslovic

When Mark Scheig asked Tortorella in media availability the next day what he specifically didn’t like about Roslovic’s play, he had a simple answer: “Everything.”

Why Stenlund & Roslovic Were Scratched

Tortorella’s response was controversial, especially considering Roslovic didn’t have a bad game. His faceoff percentage (FO%) was 71.4 percent (five-for-seven), which was the third-best on the team in that game, behind only Boone Jenner and Riley Nash. Faceoffs are one of the most important parts of a center’s game and key to getting and maintaining puck possession. Typically the team with the most faceoff wins and who maintains puck possession will win the game.

Roslovic has also been decent offensively. He ranks 11th of 30 skaters on the Blue Jackets in Corsi for (CF%) at 47 percent, and 61.4 percent of his shots find the net. He is second on the team in offensive zone starts (oZS%) at 71.3 percent, meaning that he takes most of his faceoffs in the offensive zone.

Stenlund and Roslovic’s solid play, especially in the faceoff circle, makes the decision to keep them out of the lineup questionable. When you see Columbus’ struggles at center, it makes even less sense.

The Effects of Sitting the Centers

The Blue Jackets have the league’s fifth-worst FO% at 46.4 percent this season. In Thursday’s game against the Lightning, Columbus won 51.1 percent of their faceoffs. When Roslovic was a healthy scratch for Saturday’s game against the Florida Panthers, the team’s FO% plummeted below their season average to 43.2 percent.

Columbus dropped both weekend games to the Panthers, 5-2 on Saturday and 3-0 on Sunday, to fall even further behind in the playoff race. To make matters worse, in Sunday’s game, center Riley Nash was injured and unable to return. Nash is fourth on the Blue Jackets in FO%.

Roslovic was back in the lineup for Sunday’s contest, but Stenlund was not. The Blue Jackets were already struggling to fill the position when Nash was hurt. The questionable call to bench one center for three games and sit out two on Saturday had visible effects on Columbus’ chances to win.

Tortorella’s Call Is Difficult to Explain

We don’t know what is going on behind closed doors and never will. However, the frustration with the coaching staff is growing and calls like this build on that frustration. The statistics and situation clearly do not support the benching, and it just one more oddity to occur in this strange season for the Blue Jackets.

My name is Cody Chalfan and I am currently a student at Ohio State and I’m studying journalism. With my journalism degree I hope to become a full time sports writer, hopefully covering Buckeye football and Blue Jackets hockey in my hometown of Columbus, Ohio.