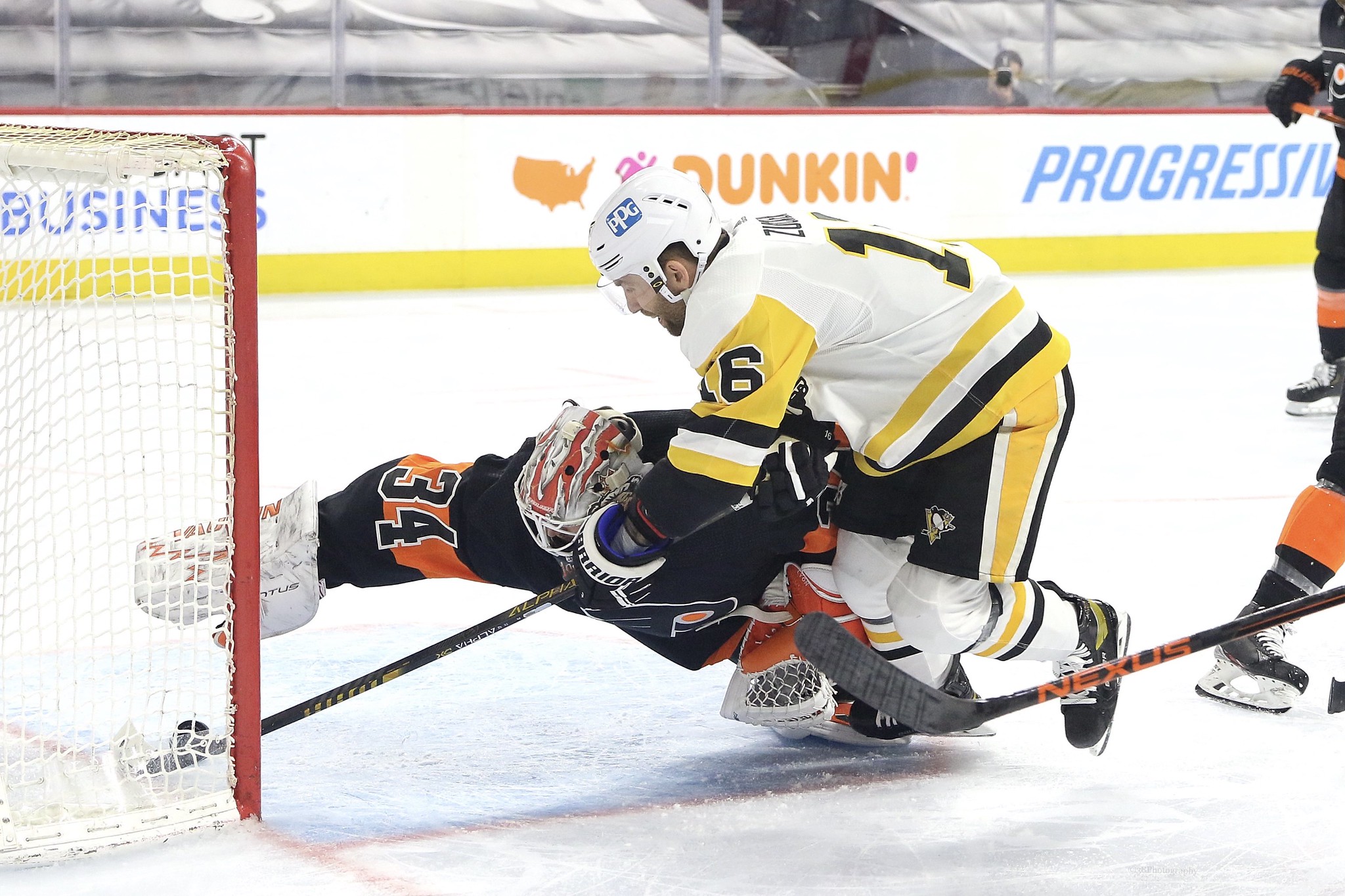 There must’ve been a meaningful pep-talk in the Philadelphia Flyers’ locker room before Monday night’s game against their biggest rival, the Pittsburgh Penguins. The same Flyers squad who recently took a beating from the New Jersey Devils in a 3-1 series loss pulled off a 7-2 win against the Penguins, who led the division in the MassMutual East. Whether the Flyers were trying to spoil the Penguins’ playoff seeding, or they simply had a fire ignited inside them, the orange and black came to play.

The Flyers as a whole came out buzzing on Monday night with six goals from six different players and three in the first period. Kevin Hayes started the night off, giving his team a 1-0 lead to end his 16-game goal-scoring drought. Other goal scorers on the night included Shayne Gostisbehere, Claude Giroux (2), Wade Allison, Joel Farabee, and Robert Hagg.

Honorable mentions for the night include Travis Konecny who created plays and battled in the offensive zone, which led to the puck ending up in the back of the net. He finished the game with assists on Gostisbehere’s and Giroux’s goals and seven shots on goal (SOG). Flyers head coach Alain Vigneault talked about Konency’s play in his post-game interview: “Skating, moving his feet and winning some battles along the wall and in the corners. He moves his feet, wins puck battles and he’s first on puck, he’s a very effective player.”

6️⃣0️⃣2️⃣ points and moving into the Top 🔟 all-time for the Orange & Black.

Right-winger and alternate captain Jakub Voracek was also an essential part of the 7-2 win. The 31-year-old veteran notched three assists bringing him to 602 points in his career, which ranks in the top 10 all-time on the Flyers.

In a colossal turn of events, the Flyers ended the first period of the game with 20 SOG, a major difference from their game on Saturday versus the Devils when they ended the first with nine. They threw a total of 45 SOG against the Penguins, a season-high for the club. A team that hadn’t been getting nearly enough shots on net this season got the memo on Monday night. Recently, they have been focusing on their passing game, but against Pittsburgh, they excelled in both their passing and shooting.

Alex Lyon wasn’t the only Flyer playing goalie Monday night. Defenseman Shayne Gostisbehere bailed his team out with a diving play to prevent Penguins forward Zach Aston-Reese from reaching a sliding puck that would’ve surely led to a goal. It’s one of many plays that showcased Gostisbehere’s consistently solid defensive play.

Still, the orange and black owe Lyon a steak dinner as the netminder made a significant save that prevented the Penguins from scoring early in the first period. In his best performance of the season to date, he stopped 35 of 37 shots which earned him the first star of the night and, I’m sure, a celebration in the locker room post-game.

In his post-game interview when asked about what the win meant to him after not playing for some time last season, Lyon’s replied, “Obviously, last year’s a different circumstance just given the fact that I was playing on a consistent basis in Lehigh there and kind of found a rhythm. I think tonight was really the first game that I felt like a hockey player and I felt good, and it just takes a little bit of time to find that rhythm, and find that groove. I feel like tonight I found a really good recipe for success and even more than the win, I’m just personally happy.”

The Minnesota native played in his fifth game of the season on Monday night, his fourth game playing all 60 minutes. Although Lyon’s track record this season hasn’t been the best with 16 goals allowed (GA), we saw a much-improved goaltender against the Penguins. He finished the night with a .946 save percentage (SV%) for his first win of the season.

The Future of the Flyers

We all remember the Flyers team that was dominant last season before being eliminated in the second round of playoffs by the New York Islanders. We saw a glimpse of that same team on Monday night after many thought the Flyers were ready to roll over and give up on the season. Both the offense and defense pitched in to get them on the board, and the exceptional effort of their goalie kept their mojo going throughout 60 minutes. In fact, the only goals the Penguins scored were on the power play.

Will this Flyers team carry their solid finish into the 2021-22 season? They are a club you don’t want to mess with when they’re out for vengeance. After all they have been through this season, starting out as potential Cup contenders to not making the playoffs, don’t be surprised if the orange and black are out for blood next season. While the offseason could bring some needed changes to the organization, they have a promising future with a captain who craves a Stanley Cup more than ever.

A different Flyers team showed up on Monday night; they capitalized on the Penguins’ mistakes, and, in the process, pushed them down to second place in the East. While they may not be contenders this season, they showed just how dangerous they can be. They will try to continue to wreak havoc on the Penguins’ seeding again on Tuesday night in Philadelphia.

One thing is certain after the Flyers’ tremendous win, Gritty is one happy mascot! 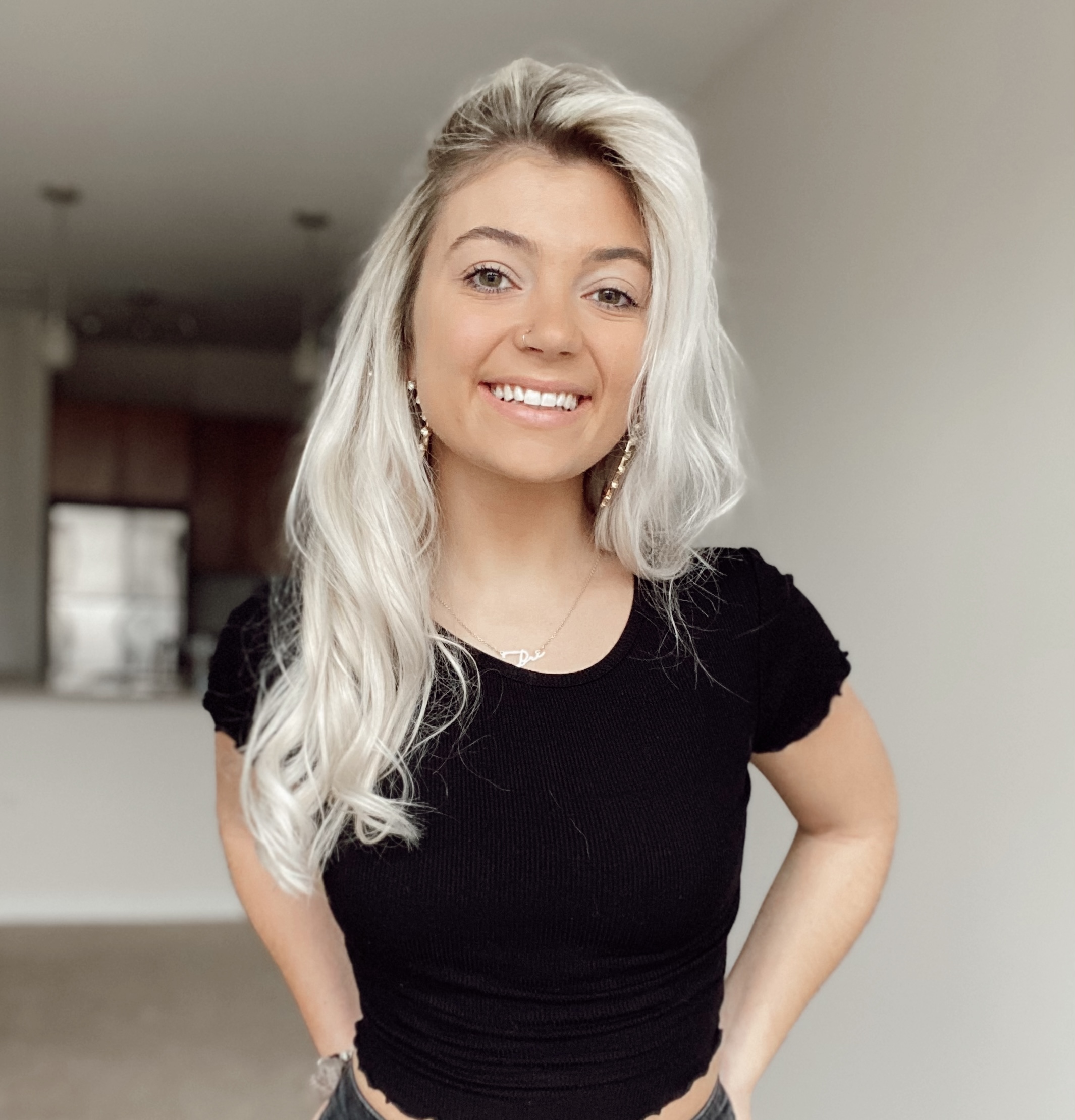 A 24-year-old Drexel University graduate with a deep love and passion for the game of hockey. Bri grew up around the game, watching the Philadelphia Flyers as a little girl and playing street hockey. It was early on that she knew she was destined to work in sports, more specifically in hockey. Bri spent two seasons working for the Flyers as a Public Relations Game Day Intern. For more on me, check out my website, and be sure to keep up with my work here at THW!