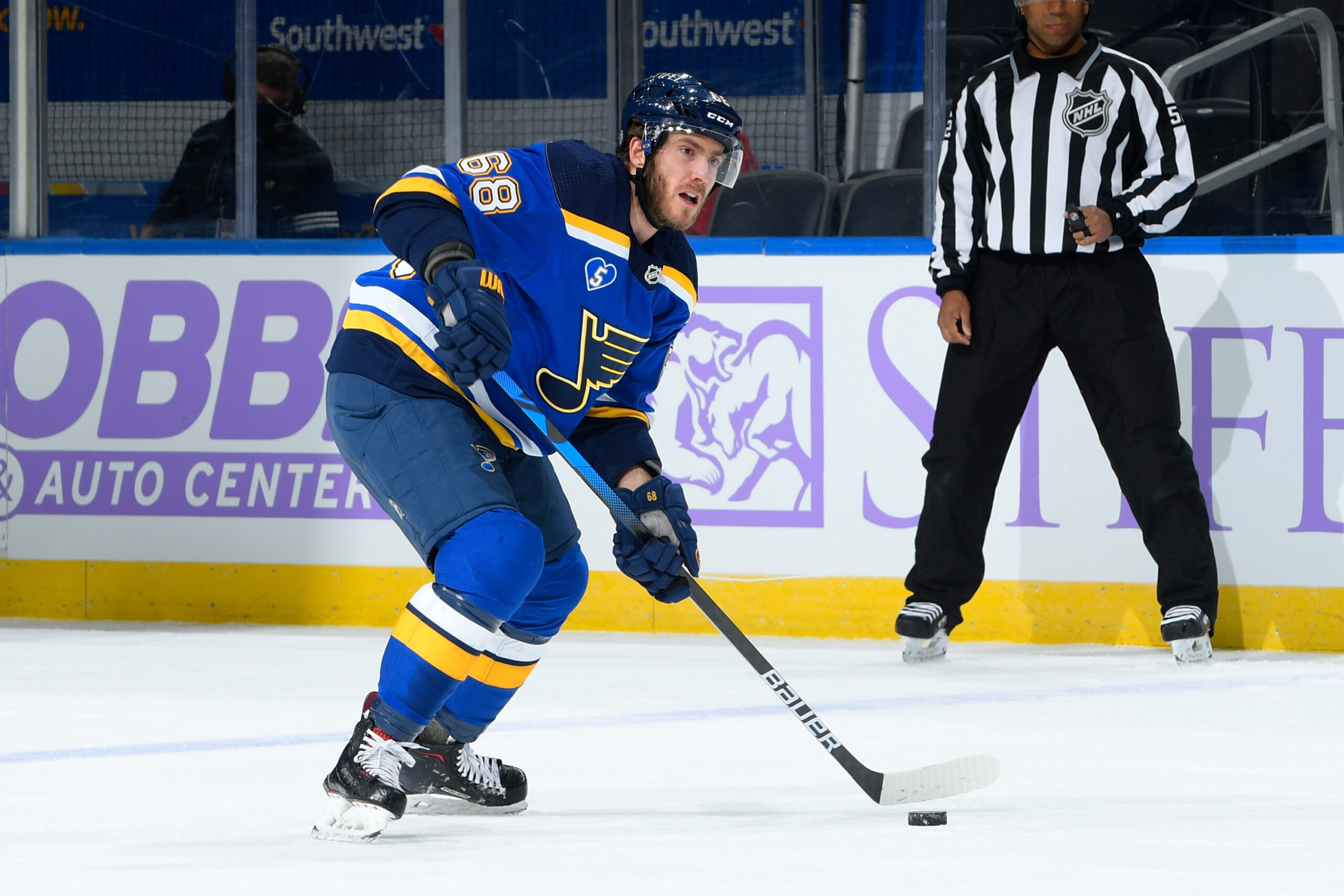 The St. Louis Blues’ 2020-21 season had its highs and lows but ultimately ended in disappointment after the team fell in four games to the Colorado Avalanche in Round 1. In this series, we’ll look back on the season, player by player, and evaluate each player’s performance as an individual, with an eye towards their future with the team.

After signing a one-year contract to try and make a run with the Blues, Mike Hoffman had quite the interesting season of ups and downs. I think we’ll look back on Hoffman’s one-year run with the Blues as a wild one, from being healthy scratched to finally breaking through as the elite scorer that he is.

Hoffman had a hot streak during February where he scored five goals over eight games, and one in April into May where had nine goals over 14 games. He quickly became a force on the power play when he was bumped onto the first unit, where he should’ve been the entire time.

While Hoffman was inconsistent, this season was fairly normal with his track record. He finished with 36 points in 52 games, 17 of them being goals. It was all about utilization with him, which brings us to what didn’t go as planned.

I could put his lack of good play at even strength or his lack of defensive awareness, but that is who he is and has been in this entire career. You expect those things to happen, but you pick Hoffman up to score goals, and they didn’t use him correctly in the first couple months of the season.

The fact that he bounced around from being a second power-play unit player to not on a unit for a short time was puzzling. He is a player with the track record of being a lethal shooter on the power play – I have no clue what the Blues thought with the way they used him.

I think the Blues coaching staff and front office seemed to have differing opinions on how they would use Hoffman this season and it took a while to figure it out. He contributed, but I think he would’ve done even more with more consistent playing time early in the season.

The thought heading into the trade deadline was that Hoffman would be on the move after being healthy scratched a few games prior. Thanks to an injury, Hoffman found his way back into the lineup and scored twice to seemingly keep his slot in the Blues’ lineup.

He did just about what everybody expected him to – he scored goals on the power play and didn’t do much else. As I mentioned earlier, he should’ve been utilized better early in the season, as his grade might be even higher. You could argue he played this best hockey down the stretch of the regular season and carried that into the playoffs, as he played well in all three zones in the first two playoff games.

What’s Next for Hoffman?

Hoffman is an unrestricted free agent this summer – there is a low chance he returns to the Blues. This always felt like a one-year thing anyway, as I wrote a few weeks back, the odds of him re-signing in St. Louis are slim. The Blues have lots of forward depth and are going to make some changes this summer, so I don’t expect Hoffman to be a part of the future, especially with Craig Berube as the head coach.

I have been covering sports for nearly a decade. I started with FanSided as a Baseball Contributor. Now I am writing about the NHL and the St. Louis Blues for The Hockey Writers. I grew up in Central Illinois as a huge fan of every sport. Finally, I do various podcasting across all major platforms.