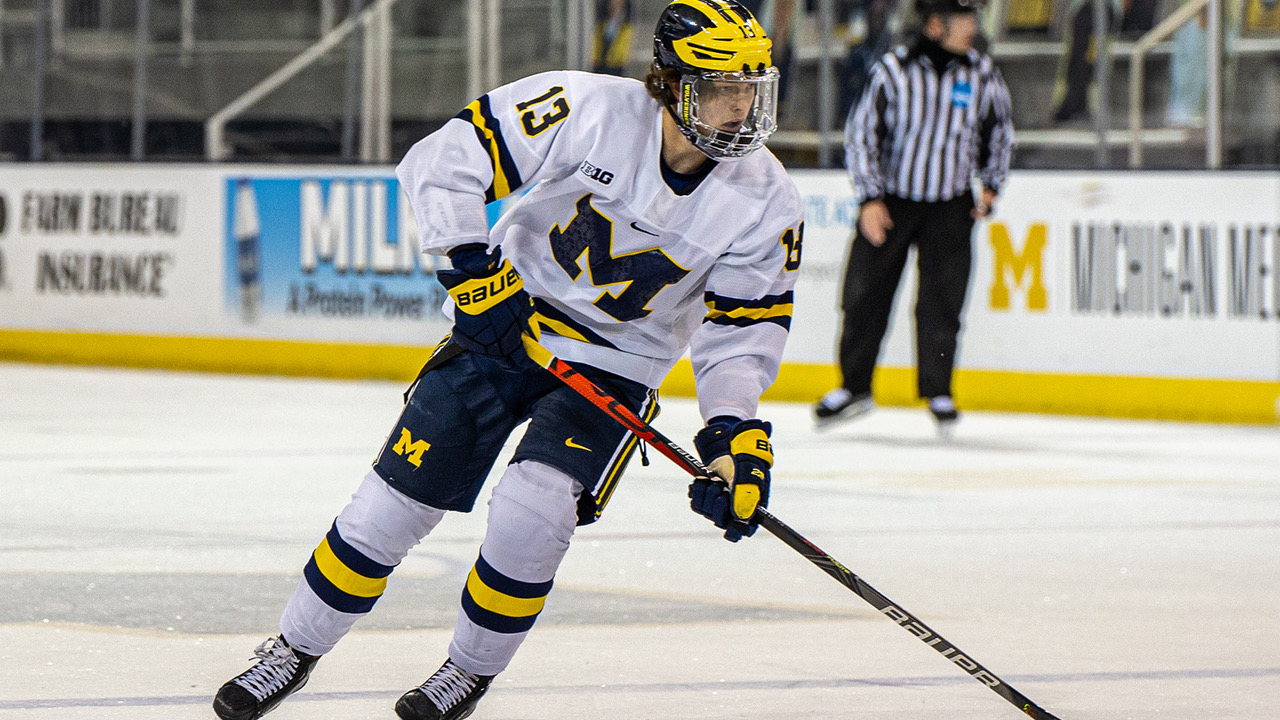 Now that the San Jose Sharks organization know where they’ll be slotted for the 2021 Draft, it’s time to consider who the club can feasibly pick up at the seventh overall pick. There’s a lot of talent in the draft pool this year, and it’s going to require a fair bit of deliberation from the upper brass before a firm decision is made. With that being said, I don’t think there’s any question that the Sharks should be almost exclusively searching for a quality centerman.

Notwithstanding the possibility that Brent Burns may be going to the Seattle Kraken in the expansion draft, the club cannot get sidetracked in concerning themselves with another defenseman. The club needs more goal production. San Jose was outscored 146 to 196 this past season. While it’s obvious that the defensive corps needs to step up, games do not get won on the backs of defensemen alone. The Sharks have a chance to worm their way out of this precarious position by focusing on high-end talent that can put the puck in the back of the net.

There are a number of players to keep an eye on, but it’d be useful to look at the players conceivably available to the Sharks at the seventh overall pick.

Some have put William Eklund a bit beyond the reach of the seventh overall pick, but I still think there’s a chance the Sharks can pick him up this year. Eklund has been one of the few players I’ve kept an eye on for a good while now, and my mind hasn’t really changed on this promising talent. Having played with the Djugårdens of the Swedish Hockey League (SHL) during the 2020-2021 season, he put up 11 goals and 12 assists for a total of 23 points over the course of 40 games.

Granted, these numbers are not mind-blowing on their own. But there’s more to the young player than what the stats reveal. There’s a reason why Eklund won the SHL’s Rookie of the Year award.

Eklund is always a threat when in the offensive zone. His puckhandling skills are superior for players his age, and he has great vision. His skating and puck control allow him to move up ice in a hurry, but he has a tendency to pass the puck more than he probably should. If the Sharks manage to pick up Eklund, there will have to be an emphasis on getting him to shoot the puck more. His shot is simply too lethal to go unused.

Another dimension to Eklund’s play is that he’s not afraid to get along the boards and battle it out with the opposition. His balance and strength on the puck are great for a player who seems to be a natural, two-way forward.

What impresses me the most about Eklund’s game is the fact that he is always giving it his all when he is out on the ice. Whether the puck is on his stick or on an opponent’s stick heading the other way, he is always moving his feet and reads the game really well. He plays with an active stick and averages about 0.80 takeaways in the defensive zone every game.

Eklund’s major selling point as a centerman is his ability to play solid defense. He has good eyes and can cut off the opposition’s cycle game along the boards. He’s also alert and quick enough to stifle or intercept seam passes, getting back up ice in the other direction for quality scoring chances. This style of play will come in handy should San Jose lose one of their top-four defensemen to the expansion draft.

Overall, the Swede can play both sides of the puck with skill and precision—a quality that will be essential if the Sharks plan to get back to the playoffs next season.

Kent Johnson is another player the Sharks should be keeping a close eye on. According to recent mock drafts, it appears that Johnson could be a more realistic pick for the club. One of the obvious dimensions to his play that should be kept in mind is that he’s been playing alongside Matty Beniers at the University of Michigan. While it’s very possible he goes back to Michigan for another year, it’s helpful to see how he performs with other high-end players—something not available to all prospects.

Johnson put up some quality numbers in Michigan this year, raking in nine goals and 18 assists for 27 total points in 26 games. Part of this is undoubtedly due to the great players he’s playing next to, but there’s also a ton to be said for Johnson’s individual contributions on the ice. In the 2019-20 season with Trail Smoke Eaters of the British Columbia Hockey League (BCHL), he chalked up 101 points in just 52 games—41 of which were goals. If nothing else, he has a nose for the net, and I expect this to only continue as he transitions into the NHL.

With the puck on his stick, Johnson is a very dangerous player. He is a very good skater and can pick up speed in the neutral zone and attack open lanes with ease. He has great vision and has formed a dynamic duo with fellow freshman Matty Beniers. He is able to open up passing lanes with his puck handling ability in tight and can find teammates in the shot with ease.

While Johnson is able to get back on defense and cut off passing lanes with the same purpose and skill as Eklund, I don’t imagine Johnson is going to be the kind of player to take a beating while digging for pucks around the boards. That’s not to say he’s incapable of doing so, but he’s usually leaving this job up to others on his line. He seems to have all the elite skill the Sharks will be looking for to improve their roster in the coming years, but the issue is that the young player will likely be staying in Michigan for another year. Whether this throws a wrench in San Jose’s plan for a ready-made player is anyone’s guess.

But if the Sharks don’t mind having to wait this additional year to see their investment come to fruition, Johnson has the highlight-reel talent and improvisational skills to make him a mainstay on the San Jose roster. It’s even possible that Johnson sneaks into the top-six of the club’s roster, allowing a less productive centerman to fill the role on the third line. Only time will tell.

“Johnson is as creative as they come. Whether it’s passing and shooting between his legs, lacrosse moves, or anything else you’d find on a highlight reel, if you can dream it, he can probably do it. Michigan coach Mel Pearson has a longstanding philosophy of allowing his skilled players freedom to exercise their creativity, and Johnson has undoubtedly benefited from that thus far. More of a playmaker than a goal-scorer, Johnson’s passing stands out on almost every shift, whether he’s sending a spin pass to a teammate wide open in the slot or finding a lane between three defenders.” Bailey Johnson/Smaht Scouting

Mason McTavish may very well be the biggest steal this draft season. With the Ontario Hockey League (OHL) not allowing players to return to the ice, McTavish has fallen in the draft rankings. The Sharks could capitalize on a player who would likely be sitting in the top ten if it hadn’t been for circumstances beyond his control.

As a result, McTavish took his elite game to Switzerland, where he played with Olten HC for the 2020-21 season, putting up nine goals and two assists over the span of 13 games. Granted, this is a very small window to accurately assess just how good he is. But it would be helpful to take a look at what he’s done in the past. During the 2019-20 season, McTavish pulled in 29 goals and 13 assists for a total of 42 points over the course of 57 games with the Peterborough Petes.

But again, stats and scoresheets don’t tell the whole story of McTavish. He has a high hockey IQ and can modulate between playmaker and sniper. One of the challenges with the Sharks right now is that they don’t have depth when it comes to players who can take quality shots while creating plays for linemates. McTavish is a good candidate to fill this gap. He’s also strong on the puck. Balance and power are just a couple of dimensions to his elite style of play.

Which brings me to his defensive play. He is an absolute demon to play against in his own end. His power, aggression, and unwillingness to fold to the opposition is his biggest selling point when it comes to a two-way centerman. He doesn’t quit, and it seems that his legs are always in motion. And the way San Jose’s defense performed this past season, they’d be lucky to have someone like McTavish covering for them in tight risky situations.

“Violence and aggression are just two of several commonplaces in your typical McTavish shift. He’s a throwback who doesn’t seem concerned with what opponents think of him or what an opposing star player’s reputation is, all while showcasing his own impressive skills in the process. There’s simply no quit in his game.” Steven Kournianos/The Draft Analyst 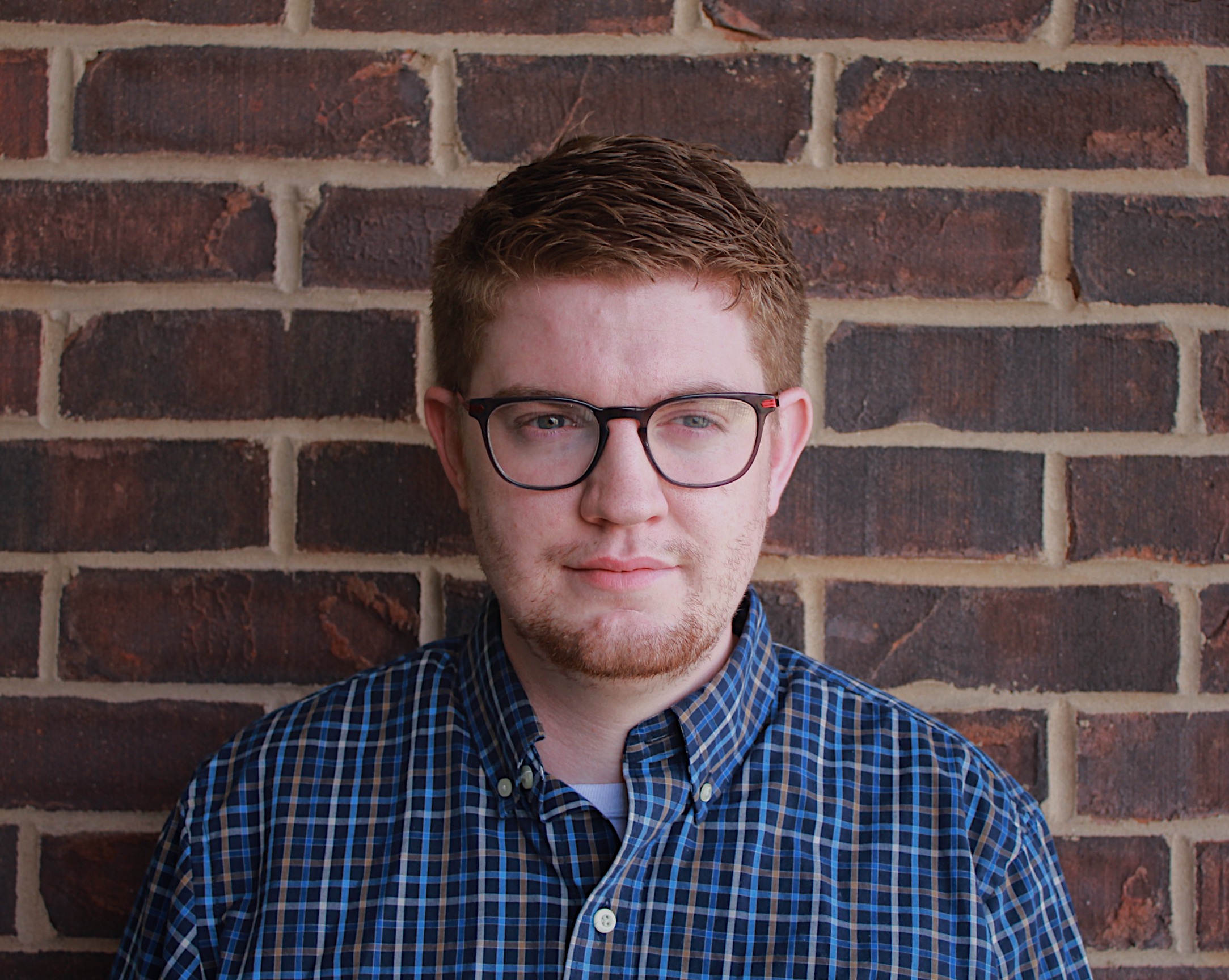 Raised in Wisconsin, C.G. Jones started playing the game of hockey at the age of five. Though hockey has played a major role in his life, he has devoted his professional career to writing about the things he loves, such as sports and culture. His favorite hockey teams are the Montreal Canadiens, Minnesota Wild, and the San Jose Sharks—the latter of which he covers for The Hockey Writers. He has also published poetry, short stories, and a forthcoming novel is coming out in July of 2021.