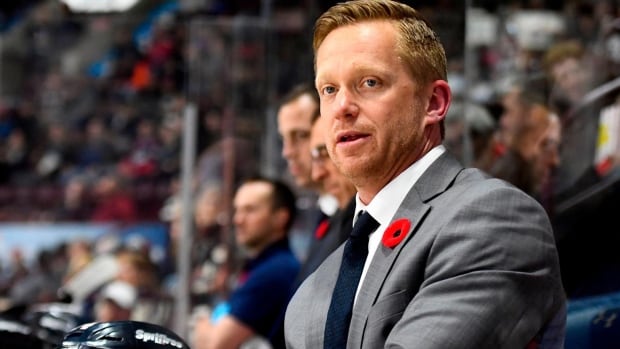 The Montreal Canadiens have named Trevor Letowski as a new assistant coach.

Letowski, 44, has been the head coach of the Ontario Hockey League’s Windsor Spitfires since 2018, and previously worked with the Sarnia Sting.

He’s also represented Canada at three world junior championships as an assistant coach, helping the team take home the bronze medal in 2014 and gold in 2018.

The former seventh round draft pick spent nine seasons in the NHL between 1998 and 2008, playing 616 regular season games with the Phoenix Coyotes, Vancouver Canucks, Columbus Blue Jackets and the Carolina Hurricanes.

During his time in the NHL, Letowski recorded 84 goals and 117 assists.

Ducharme says in a statement that Letowski is a versatile coach who will help young players improve.