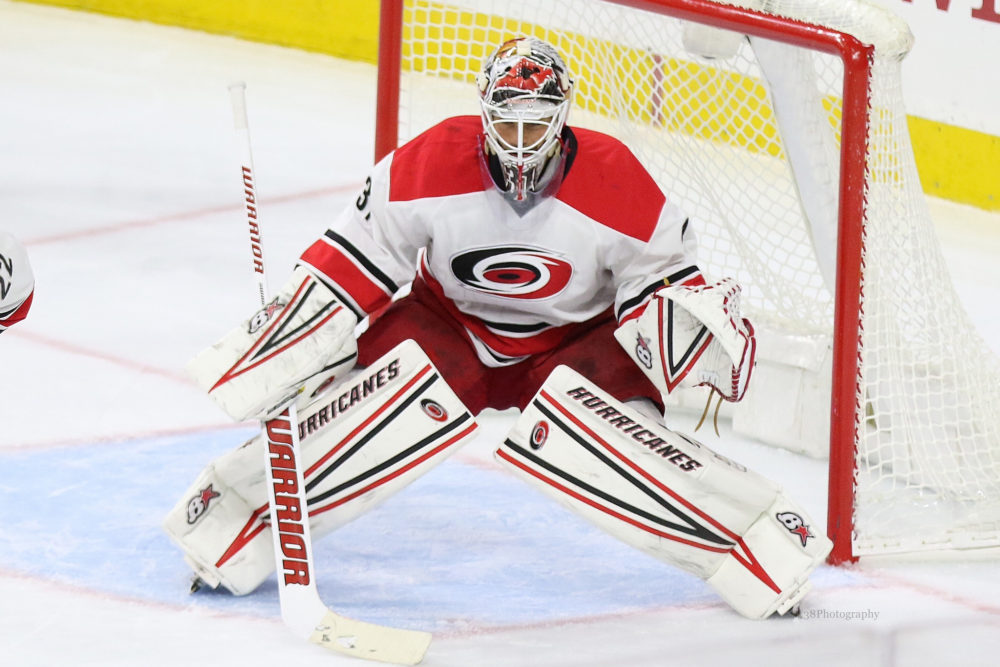 The NHL is full of unique personalities, and former goalie, Eddie Lack, is no exception. A Swedish native, Lack was a solid backup or third-string goalie for four organizations (Vancouver Canucks, Calgary Flames, Carolina Hurricanes, and New Jersey Devils) over six seasons from 2013-2019. Nicknamed The Stork, he officially retired from the NHL in 2020 and finished his career with a 56-55-18 record, a 2.62 goals-against average (GAA), and a .909 save percentage (SV%).

His most memorable seasons were his first two with the Canucks when he played half the season (41 games) in both. Lack may not have been the best goalie in the NHL, but he was a fan favorite, especially in Vancouver.

Following his playing career, he became an assistant goalie coach for Arizona State University’s hockey program for a few seasons. Outside of hockey, he decided to pursue a lifelong passion and became a real estate agent. He is now based in Scottsdale, Arizona, and recently became a new father.

He remains relevant through Twitter, whether he tweets about hockey or something else in life, and sometimes, amusingly, while intoxicated. I reached out to Lack and had the pleasure of interviewing him for my podcast, “Locked On Devils.” In our discussion, reprinted here, we talked about hockey and some of his off-the-rink ventures.

A Talk With Eddie Lack

Question: Where did hockey begin for you in Sweden?

Eddie Lack: I watched the Olympics in 1994 when Sweden beat Canada in the finals. I was six years old at the time, and I just said to myself, “Alright, this is a sport that I’m gonna try it, and it looks so much fun.” The two biggest guys on the team were Tommy Salo and Peter Forsberg. I just fell in love with the game. I played in my hometown until I was 12, and I decided that I might have a future at playing in the professionals. Me and my dad moved to Stockholm, where I had the chance to play a little higher level [hockey].

Q: Unfortunately, you were undrafted in the 2009 Draft, but you later signed with the Vancouver Canucks. What was that process like of going undrafted but not losing hope on your NHL dream?

EL: I just feel like goalies take so much longer time to develop. When I was 18, I was pretty immature. I didn’t have a lot of muscle on me. So, I knew that if I kept working hard, then the NHL, and everything else, would happen eventually. I wasn’t too concerned about it. Then a few years later, Vancouver signed me, and it was a dream come true.

Q: Did you know when you were going to play in your first NHL game? Can you take us through that moment?

EL: I knew that I was going to play because my goalie coach told me that I was going play in one of the back-to-back games. We were playing against Calgary away, and at that time, we actually had heart rate monitors on during the games and everything. My strength coach told me that after the game, during the national anthem, that my heart rate was like 185. So, I was pretty nervous going into my first game. We ended up winning in overtime. It was such a cool and amazing feeling.

Q: What made you decide to get into the real estate business?

I learned a lot speaking with Lack. He’s had a lasting impact on the hockey world and seems to be everywhere, whether it be in real estate or on social media. I’d like to extend my thanks to Lack for taking time out of his busy day to talk about all sorts of topics with me. It was an interesting talk.

Trey Matthews is currently the play-by-play announcer for the hockey programs at Adrian College. Matthews is also one of the only black hockey play-by-play announcers in the entire country. He has been featured in USA Today, USCHO, & others for his work. In addition to that, he’s also the host of a podcast show called Locked On Devils. His past writing experience includes him writing for his high school’s paper, Cub News, at the University of Detroit Jesuit High School & Academy.