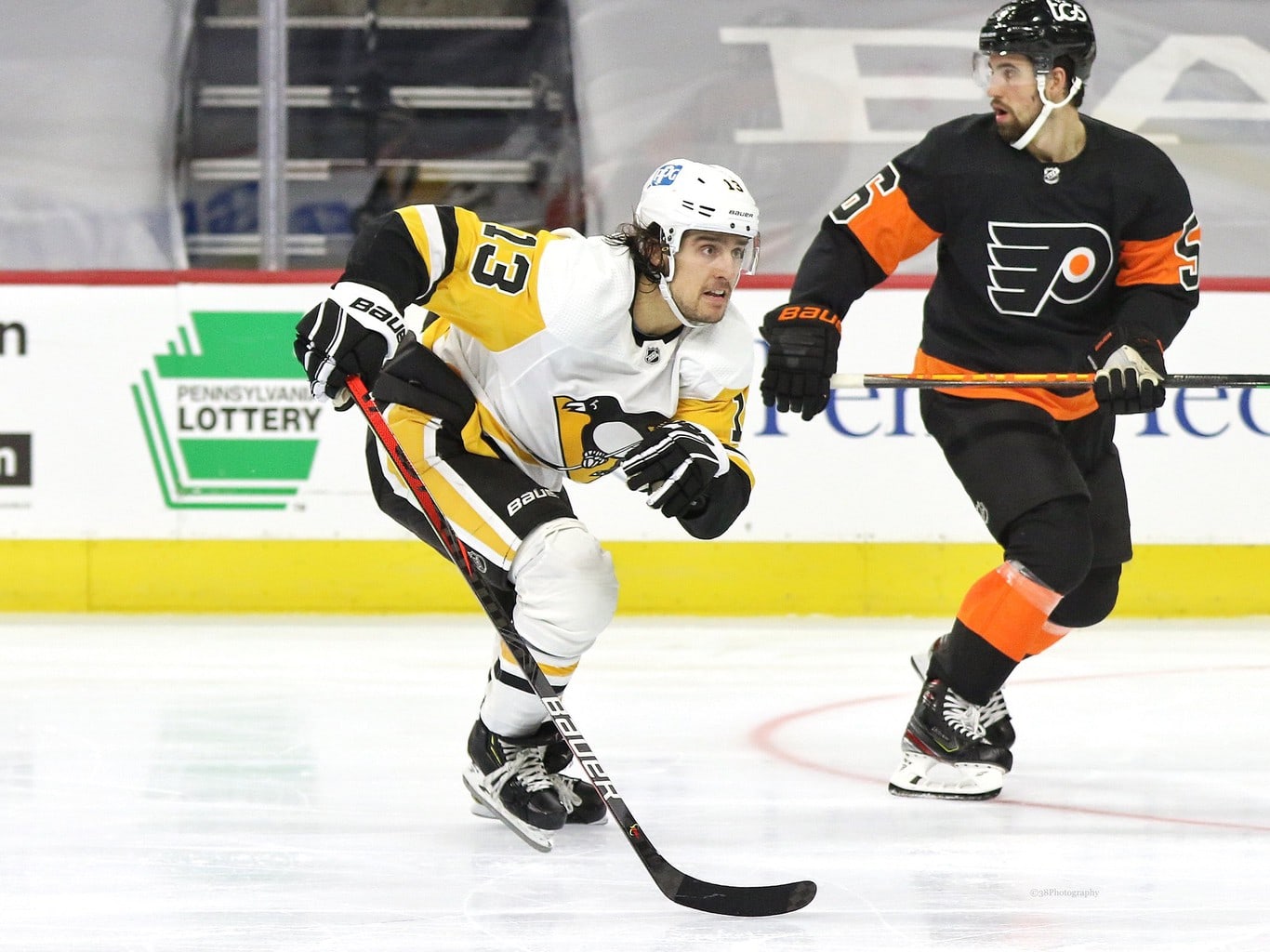 In anticipation of the Seattle Kraken‘s inaugural season, we at The Hockey Writers will be doing a deep dive on each player. This installment of the series focuses on winger Brandon Tanev, who the Kraken selected from the Pittsburgh Penguins.

Age: 29
Position: Left/Right Wing
2020-21 Team: Pittsburgh Penguins
2020-21 Season: Tanev saw an average of 14:26 time on ice per game for the Penguins this past season, scoring seven goals and 16 points over 32 games. He averaged 2:23 shorthanded ice time, which led Penguins forwards and was third on the team overall. He was far-and-away the most physical player on the team, registering 139 hits, which was 44 more than the next.
Type of Acquisition: Tanev was selected by the Seattle Kraken during the expansion draft.

After spending a season in the Ontario Junior Hockey League (OJHL) and British Columbia Hockey League (BCHL), respectively, Tanev went the collegiate route and played four years for the Providence College Friars. He scored the game-winning goal as part of the Friars team that won it all in 2015.

He showed consistent improvement in Providence. His goal and point totals improved each year, finishing his four-year career, having played 149 games and scoring 35 goals and 77 points. He only spent 81 minutes in the penalty box over his four years. Following the conclusion of his final season in 2015-16, the undrafted 23-year-old stepped into the NHL and played three games for the Winnipeg Jets.

Tanev split time between the Jets and their American Hockey League (AHL) affiliate, the Manitoba Moose, before finding a permanent role in the NHL. In 195 games with Winnipeg, he scored 24 goals and 51 points, which included five shorthanded goals over his two full seasons with the team.

Following the 2018-19 season, he signed with the Penguins. He’s scored 18 goals and 41 points in 100 games with the team, including three shorthanded goals. Tanev has averaged 14:25 ice time over the past three seasons, which is translating to him playing the best hockey of his professional career.

Tanev is going to have to battle with teammates like Jamie Oleksiak for toughest Kraken, but he is likely to be the toughest forward on the roster. He’s going to throw the body at will and will help make the Kraken’s bottom six, which may be offensively lacking, difficult to play against. Despite playing that physical role, he’s generally well disciplined, never eclipsing 41 penalty minutes in a season.

He’s a perennial penalty killer and should be one of the pieces they’ll rely on heavily when shorthanded. Starting well over half of his shifts in the defensive zone only exemplifies his coach’s trust in him.

Offensively, don’t expect anything too crazy, but he was on pace to set career highs in goals, assists and points last season. If he could score 15 goals and 35 points, that would give fantastic scoring depth to the Kraken. When Tanev scores, he’s a fun time.

Tanev will be an identity guy for the Kraken. He helped establish the Penguins identity last season, and has been a beloved teammate on and off the ice. It’s unclear as to whether or not the Kraken will name a captain for their inaugural year, but he could find himself named an alternate captain from the jump.

Was Selecting Tanev a Hit or a Miss?

Tanev is a heart-and-soul player who is going to help establish the Kraken identity. He will be around for the long haul as he has four years left on his contract and carries a $3.5 million cap with a modified no-trade clause. Being that he’s 29, there’s a chance that he could finish his career in Seattle. If his offensive game can continue to improve and plateau within that 35-40 point range, and his physicality and defensive prowess continue, his worth will out-value his contract.

He is going to be a leader on the Kraken, whether or not he has a letter, throughout his time in Seattle. Due to his contract and the defensive proficiency he brings to the team, Ron Francis hit on selecting Tanev.

Sean Raggio lives for hockey. He will be covering the Seattle Kraken for THW. Sean gained experience in writing for television, print and radio while studying journalism at Quinnipiac University and being an active member in the student media organizations there. If you have any questions or comments, feel free to reach out on Twitter! A link can be found at the bottom of his articles, such as this one.