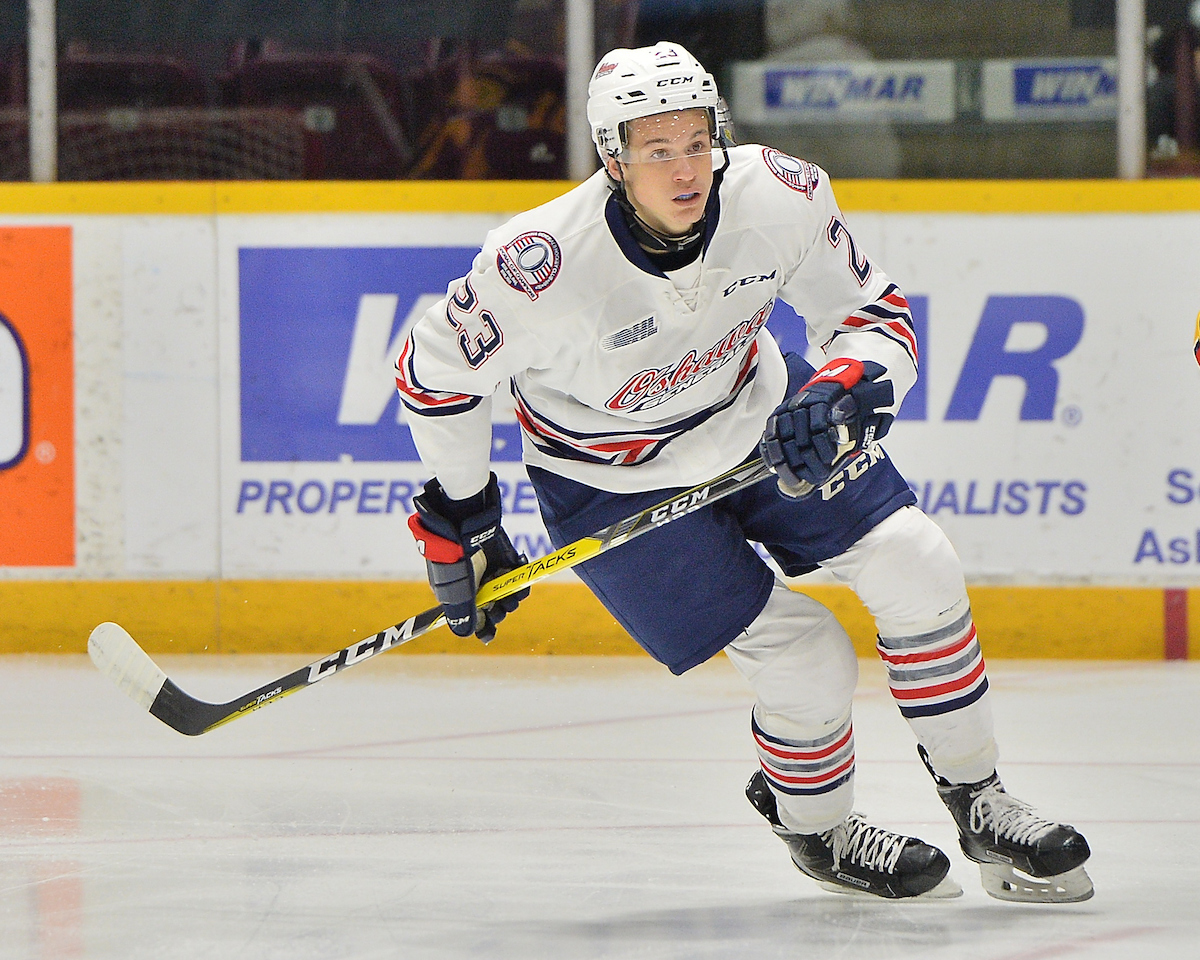 In one month, the Boston Bruins and the rest of the NHL will be back on the ice getting ready for the 2021-22 regular season. This summer, Bruins general manager Don Sweeney made some additions and had some subtractions to the roster for the upcoming season and he kept his team as a contender for the Stanley Cup.

Is the roster a finished product? That remains to be seen, but there will always be room for an addition or two through a trade. When Sweeney attempts to make any deals, you can bet that the other team will be interested in some of the Black and Gold’s prospects. While there may be a trade or two made by the time the trade deadline approaches next season, there are some prospects that the front office should deem untouchable this season. Here is a look at the prospects that other teams may want, but should not be available at any cost.

This is the Bruins’ best NHL-ready prospect they could offer up in a deal, but there is the real possibility that Studnicka could make an impact in Boston this season and is considered the center in waiting. Last season he struggled with inconsistent play as well as injuries as he often played out of position at right wing. When he was at center, he showed what the future could hold.

Drafted in the second round and 53rd overall in the 2017 Entry Draft, Studnicka will have a chance in training camp come September to try and earn a spot on the roster for this season. He will have a chance to try and beat out Charlie Coyle for the second-line center spot that’s available with the departure of David Krejci, who has decided for now to continue his career in the Czech Republic. If he fails to make the roster, he will begin the season in the American Hockey League (AHL) with the Providence Bruins.

In the first round of the draft on July 23, the Bruins and Sweeney had a chance to grab the best player available with the 21st pick, and that happened to be Lysell, a highly-touted right wing. He was the ninth-ranked European skater in the 2021 class and has a talented scoring touch that should impressed the Black and Gold.

On Aug. 9, the Bruins signed the 18-year-old Lysell to his three-year entry-level contract with an average annual value of $925,000. He has an impressive offensive game and projects to be a top-six forward in the NHL. Unless something crazy happens, he should get a lot of ice time this season in Providence.

The Bruins have some prospects on defense that have been highly thought of in Jakub Zboril and Urho Vaakanainen, but Lohrei is quickly becoming their best prospect on the blueline. Entering his freshman season this fall at Ohio State, Lohrei is coming off two impressive seasons with the Green Bay Gamblers in the USHL.

The 2020 second-round pick, 58th overall, had 19 goals and 40 assists for the Gamblers in 48 games last season, which was an increase of production after he had eight goals and 29 assists in 2019-20. At 6-foot-4, the 20-year-old left-shot already has the size to be an NHL defenseman and he has an impressive two-way game.

The Bruins selected Beecher, 30th overall, in the 2019 draft and the junior-to-be at the University of Michigan has quickly risen through the ranks of the Black and Gold’s prospects. Last season, Beecher was injured and had shoulder surgery in February that cut short his sophomore season. He played in 16 games before the injury and had four goals and four assists for the Wolverines.

With Patrice Bergeron being 36 years old entering the upcoming season and Krejci gone home to continue his career, there is depth needed at center and Beecher could find himself in the mix in Boston sooner rather than later. This season is a big season for him at Michigan, as the Wolverines are loaded with four of the top five picks in the 2021 class joining Beecher and his returning teammates, including Owen Power, the overall No. 1 pick by the Buffalo Sabres, who has decided to return for his sophomore season.

There is no reason for any of these prospects to go anywhere in any deal moving forward this season. The Bruins have more NHL-ready prospects that teams would be interested in such as Zboril and Vaakanainen on defense. As far as Jeremy Swayman goes in the net, it’s a no-brainer that the Bruins would never entertain a thought of moving him. Boston has a roster of aging veterans, and sooner or later, these players will be taking over some of the roles for the Black and Gold.

Scott Roche covers the Boston Bruins for The Hockey Writers. Scott has been a sports writer for 25 years for different sites and daily newspapers. Writing started out as a hobby, but it has become a passion for Scott over the years.