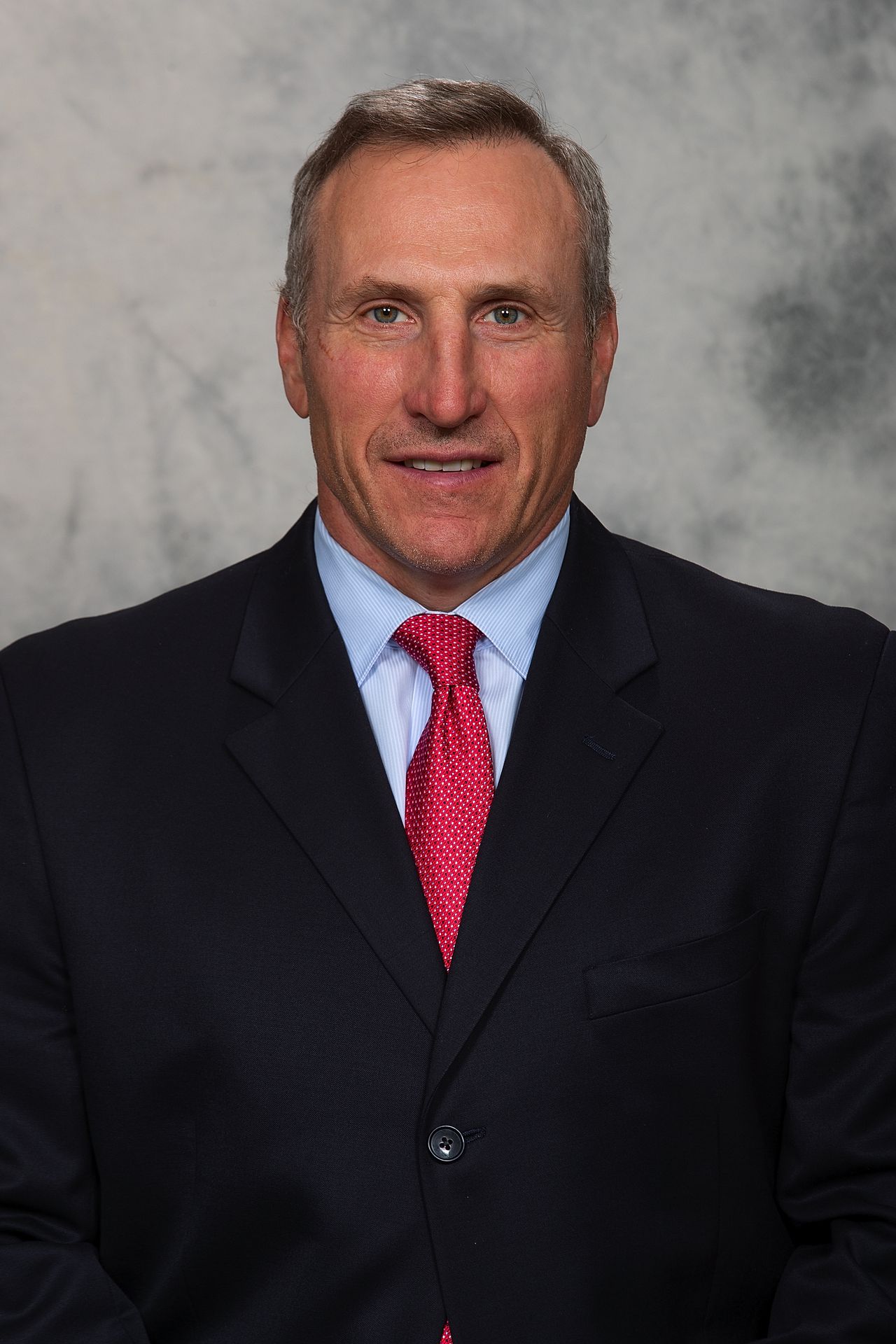 Player development in Grand Rapids will be especially vital to the Detroit Red Wings’ rebuilding efforts the next few seasons.

An influx of talent will pass through the club’s AHL affiliate, a group that includes forwards Lucas Raymond and Jonatan Berggren this season and defensemen Simon Edvinsson, William Wallinder and Shai Buium, as well as goaltender Sebastian Cossa, in the following year or two.

Pat Verbeek will be overseeing their growth as the Griffins’ newly appointed general manager.

“I’m excited about the opportunity in a sense that it’s a very important job for our organization right now,” Verbeek said. “I know it’s going to be a huge challenge. When you want to get your organization going in the right way you have to develop players, so I’m taking this as a very important role in helping the Detroit Red Wings get back to where we need to be – in the playoffs and winning the Stanley Cup.”

Verbeek will remain the Red Wings assistant GM under Steve Yzerman, scaling back some of his scouting duties to focus on the day-to-day operations in Grand Rapids. He replaces Ryan Martin, who joined the New York Rangers last week in the same capacity.

The AHL playoffs were canceled the past two seasons due to the pandemic. The Griffins open a full 76-game 2021-22 season on Oct. 15.

“Ryan did a really good job of getting our veterans signed. I’m pretty excited about the team that’s down there,” Verbeek said. “We should be a very good team.”

They will be much better with Raymond, the fourth overall pick in 2020, and Berggren, the 33rd selection in 2018. Coming from Sweden, these wingers are likely to spend all or most of the season in Grand Rapids, unless they excel in training camp and the preseason and are assured of prominent roles with the Red Wings.

“We’re pretty excited about their skill level, their hockey sense, their ability to provide offense, which is going to be important moving forward if we want to start taking some good steps in the right direction,” Verbeek said. “We’re not going to rush them into the NHL. When they’re ready, they’re ready. The NHL is a tough league to develop in, so we’re going to give them every opportunity to make the team and if they’re not quite ready then they’ll play in Grand Rapids and develop there.”

The same can be said for center Joe Veleno, the 30th pick in 2018. He didn’t look out of place during a five-game stint with the Red Wings at the end of last season but must earn a roster spot in camp otherwise he will start in Grand Rapids, being waiver-exempt for another season.

Defenseman Moritz Seider, the No. 6 pick in 2019, is a virtual lock to make the NHL after flourishing in the Swedish League in 2020-21.

Verbeek described the balancing act in deciding when a player is ready for the NHL.

“Some players can’t handle it. Some players will fight their way through it,” Verbeek said. “I think you do more damage when you bring a kid up too soon before they’re ready. One thing we’ve experienced with Tampa and even before in Detroit with (former GM) Ken Holland’s philosophy, it’s better to have them be over-ripe than not ripe. Eventually we’d like to see them play themselves out of the AHL. When they’re starting to dominate, that’s when you know they’re ready and you bring them up.

Verbeek affirmed his commitment to Ben Simon, who is entering his fourth season as head coach and seventh with the Griffins, and his staff.

“We’ve been very impressed with the job they’ve done and we’re going to continue working with them,” Verbeek said. “They understand the role we’re looking from them. They’re all on board.”